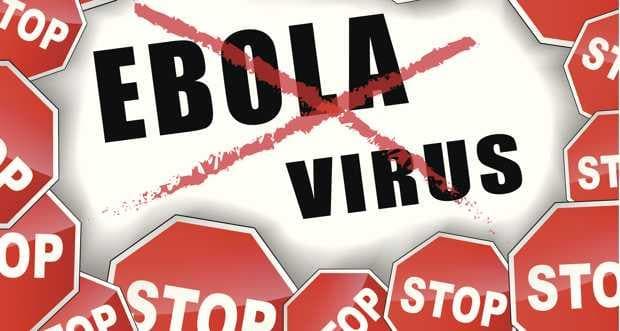 Liberia in west Africa is one of the most worst-hit areas of Ebola virus disease. As this deadly virus continues to spread its detrimental effects, 2000-members of Indian community residing in Liberia have congregated to fight against the Ebola virus with an anti-Ebola campaign. The country's leader has appreciated the people for doing their bit in spreading awareness and fighting against the deadly Ebola outbreak. With the help of their honorary Consultant General Upjit Singh Sachdeva, the Indians have donated two ambulances and other valuable items worth around $200,000 to the national anti-Ebola campaign.

The donation, made Thursday, was received by Liberian President Ellen Johnson Sirleaf, who praised the Indians for 'standing with Liberia in difficult times'. Before he handed the items over to the president, Sachdeva commended President Sirleaf for her 'extraordinary leadership in effectively and urgently responding to the outbreak and spread of the dreadful Ebola virus disease'. (Read: Ebola in India: SC directs government to screen passengers from affected countires)

'Excellency and members of the task force, we note with satisfaction the measures put into place by the government of Liberia to stop the spread of this deadly disease. Accordingly, we have advised all of our members to abide by these measures,' the honorary consul general said. Sachdeva said that the enormity of the outbreak of the Ebola virus disease in Liberia, and three other West African countries - Sierra Leone, Guinea and Nigeria - has made fighting the epidemic a global challenge, requiring an effective global response.

Sachdeva told the audience at the donation event that the Association of Indian Community in Liberia sees itself as an important stakeholder in the Liberian society, and that they see it as part of their bounden duty and responsibility to contribute to the fight to eliminate the disease. He assured the Liberians that despite the economic consequences the disease's outbreak is having on the business community, he and other leaders of the Indian community have advised all their members involved in economic activities not to exploit this situation by unnecessarily hiking prices.

'Today, we are pleased to say that they are in solidarity with the Liberian government and people by being concerned of this outbreak and have vowed to do all they can to curtail this virus.' President Sirleaf thanked the Indian community for its immense contributions to the commercial sector of the country, as well as for venturing into the industrial sector where, she said, more jobs will be created for young Liberians. Besides two ambulances, the 22 truck-loads of items donated include 2,000 bags of rice, hospital beds, 24,000 bottles of water, and household utensils. (Read: Ebola in India: Indian-origin scientist finds possible therapy for Sudan Ebola virus (SUDV)

The World Health Organisation Thursday warned that the number of people infected with the Ebola virus in West Africa could reach 20,000, six times more than the current estimates. To date, the WHO has recorded 3,069 cases of Ebola virus and 1,552 deaths in West Africa (Liberia, Guinea, Sierra Leone and, to a lesser extent, Nigeria). According to Bruce Aylward, assistant director general of WHO, the scale of the current Ebola outbreak has never been anticipated. He said the increase came from cities including the Liberian capital Monrovia, where a slum was quarantined last week, leading to food shortages and civil unrest. 'It's really just some urban areas that have outstripped the reporting capacity,' he said. Medecins sans Frontieres said it was struggling to cope with the case load in Monrovia.

The Ebola virus was first seen infecting humans in African countries; especially Sudan. But now, the virus seems to have gripped the world's interest due to its destructive potential. Snuffing out the lives of almost 80% of the population that suffers from the disease, Ebola hemorrhagic fever is definitely a condition that has the capability to infect millions. In order to help you stay safe from this deadly disease, here are all your questions about the condition answered.

According to scientists there are five different types of the virus, all of which have the potential to infect humans. According to the WHO (World Health Organisation) this disease can be transmitted from close contact with the blood, secretions, organs or other bodily fluids of infected animals. (Read: Ebola virus causes, symptoms, diagnosis, treatment, prognosis and prevention)