Indian soldiers to have customized yoga

Parliament was informed on Monday that government laboratories are engaged in developing customized yoga packages for Indian armed forces. Defence Minister A.K. Antony identified these laboratories as the Defence Institute of Physiology and Allies Sciences (DIPAS) and the Institute of Nuclear Medicine and Allied Sciences (INMAS). Both work under the Defence Research and Development Organization (DRDO). Also Read - 5 natural herbs that will make your erection stronger and last longer!

‘These laboratories are primarily focussed on military physiology and radiation biology which includes human performance and enhancement under different environments,’ the minister said in a written statement. Also Read - Top 10 health benefits of Mulethi or Liquorice

They also work for enhancing the health of military personnel through radiation science approach, he said. ‘These R&D endeavours also include research on herbal medicines and yoga for improving health and performance of soldiers in extreme environments as these formulations are safer,’ Antony said. Also Read - Sami Labs to bring Indian alternative medicine to the world

The institutes were also engaged in research on herbs growing in harsh climatic and high altitude environments to develop herbal based formulation for troops.

5 natural herbs that will make your erection stronger and last longer! 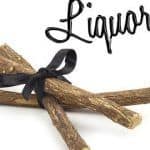 Sami Labs to bring Indian alternative medicine to the world