Known medically as avascular necrosis, the uncommon disease leads to temporary or permanent loss of blood supply to hip joint bone and causes disorder. If not treated early, the dislocation of the hip bone with joint surface can result in disability. Any serious injury, medications such as steroids, blood coagulation or excessive alcohol can cause blood loss. Also Read - New therapy may help treat Parkinson's disease

‘Stem cell therapy has been used for the first time in the world to treat the hip bone disorder by rejuvenating its tissues with the bone marrow of the patient. Stem cells in the marrow of the affected bone are separated from red blood cells and blood plasma through a clinical process and injected into the hip joint of the patient,’ Nagaraj said, demonstrating a case study.

The private hospital on the city’s outskirts has tied up with a Pune-based laboratory to harvest the stem cells and transplant them through four injections over four weeks to restore the hip joint function lost due to damage to its cartilage. The stem cells also repair bone cells as they can differentiate between bone and cartilage cells.

‘The novel treatment has no bleeding or scar formation as the process does not involve surgery. The patient has to visit our hospital for a day in a week for each of the four injections,’ Nagaraj said. Though the treatment costs a patient Rs 350,000 currently, the hospital hopes to bring it down over time when awareness of the stem cell therapy spreads and more patients opt for the treatment.

The hospital will soon submit the therapy treatment protocol for publication in the Journal of Mass & Heat Transfer in the United States and Britain and file for international patent and intellectual property rights. Among the patients cured at the hospital are two NRIs from the United States – Jayadeep Panduranga, 37, and Aishwariya, 18, who could not get relief from shooting pain due to hip disorder despite years of conventional treatment like core decompression.

‘Though I underwent core decompression for nine years in California, there was no relief. Stem cell therapy has reduced pain and hip movements are almost normal,’ Panduranga told IANS. Similarly, Aishwariya, an under-graduate in Detroit, suffered pain in the right hip and faced difficulty in moving around. ‘I’m able to walk again with a walker,’ Aishwariya said. 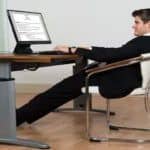 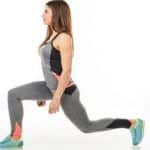 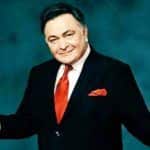