‘India to work for removal of taboos around family planning’

In its bid to check population growth, India is willing to engage with communities on removing cultural taboos associated with family planning, the head of an international reproductive health service

In its bid to check population growth, India is willing to engage with communities on removing cultural taboos associated with family planning, the head of an international reproductive health service provider said here Saturday. Director general of International Planned Parenthood Federation’s (IPPF) Tewodros Melesse is looking forward to India’s strong participation in the upcoming international Family Planning Summit in London, this July. “The government is aware of the cultural taboos around the issue of family planning. It is willing to engage with parliamentarians and religious leaders on how we can overcome them for imparting better sexual health education,” Melesse told IANS after meeting Health Minister Ghulam Nabi Azad. Also Read - World Population Day 2017: 10 challenges of family planning in India

He also separately met Minister for Social Justice and Empowerment Mukul Wasnik and members of the Planning Commission Friday.  While sexual health education has been adopted by most of the states across the country, barring six, the inclusion of pictorial depiction of human anatomy in text books had caused furore in the country’s parliament, Melesse observed. “There are different tools for sex education and there are issues whether it should be so explicit. The government should frame the sexuality education policy in accordance with the education policy by evolving consensus of all concerned,” Melesse said. Also Read - World Population Day 2018: 7 innovations to control population explosion in India according to experts

“The vacuum created by not providing sex education can be dangerous. There is a lot of misinformation around sexual health, which needs to be cleared through age-appropriate and accurate education on sexuality,” Melesse added. While forced-sterilisation in the mid-1970s drew flak as a coercive method of population control, India’s population policy has moved on to become incentive-based and reproductive-health oriented through social schemes. “India’s population policy went into a misrepresentation in the 1970s. There is need to structure voluntary service as it (family planning) cannot be imposed,” he added, during his three-day visit here. Melesse laid stress on a greater participation from private players and civil society to work with the government to make the population policy more accessible and affordable. Also Read - Suresh Raina and Priyanka Chaudhary Raina launch foundation to help underprivileged mothers across India

“The issue is not about forcing population control, it is about leaving the choice of planning with the families. Education would be very crucial in India’s case,” Melesse added. The International Family Planning Summit in London will launch a global movement to give an additional 120 million women in the world’s poorest countries access to lifesaving family planning information, services and supplies by 2020. Melesse is the co-vice chair on behalf of civil society organisations of the global meet, expected to be the largest of its kind. 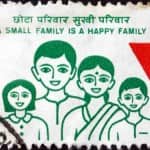 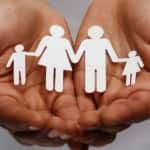 World Population Day 2018: 7 innovations to control population explosion in India according to experts 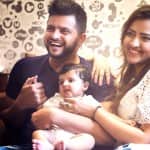 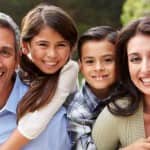 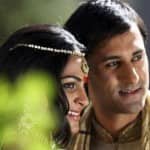