As part of an initiative to promote traditional Indian systems of medicine abroad, the health ministry has signed agreements and set up research facilities to collaborate with international universi

As part of an initiative to promote traditional Indian systems of medicine abroad, the health ministry has signed agreements and set up research facilities to collaborate with international universities, an official said. The department of AYUSH (Ayurveda, Yoga and Naturopathy, Unani, Siddha and Homoeopathy) has been making efforts to promote Indian systems of medicine abroad, a health ministry official said on Wednesday. Also Read - Cabinet approves new commissions for Indian System of Medicine and homoeopathy

Among initiatives taken is the setting up of the Centre for Research in Indian System of Medicine (CRISM) under the National Centre for Natural Products Research (NCNPR), University of Mississippi, US, to facilitate collaborative research and disseminate information on Ayurveda, Siddha and Unani medicines. The department also signed a Memorandum of Understanding (MoU) with the Institute for Social Medicine, Epidemiology and Health Economics, Charite University, Berlin (Germany), to conduct a collaborative research on effectiveness and safety of Ayurveda as a treatment system. An Indo-US interactive meet was organised on AYUSH research to explore the feasibility to conduct joint Indo-US Ayurveda research and to facilitate Ayurveda’s entry into mainstream US medicine, the official added. Also Read - Modern homeopathy backed by telemedicine will do away with hospitalisation: Minister

Apart from this, the health minister of Malaysia visited the AYUSH department and discussed various issues pertaining to cooperation on traditional systems of medicine, the official said. Also Read - Monsoon special: Ayurvedic treatments and diet during the monsoon 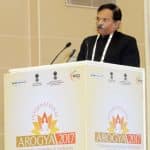 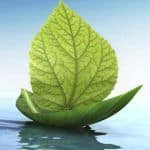 UP to integrate Yoga, homeopathy and other alternative therapies in its healthcare services