India to have separate drug controller for alternative medicine

The union health ministry is planning to set up a separate central drug controller for traditional systems of medicine and homeopathy to keep in pace with global developments in drug control. Inaugur

The union health ministry is planning to set up a separate central drug controller for traditional systems of medicine and homeopathy to keep in pace with global developments in drug control. Also Read - Cabinet approves new commissions for Indian System of Medicine and homoeopathy

Inaugurating the International Conference on Traditional Medicine for South East Asian Countries in New Delhi on Wednesday, Health Minister Ghulam Nabi Azad said, ‘India has a pluralistic healthcare delivery system where the government provides opportunity to every recognised medical system to develop and practice, with a view to provide integrated and holistic healthcare services.’ The aim is to provide accessible, affordable, safe and quality healthcare to the people, he said. Also Read - WHO recommends stronger emergency medical teams for better disaster response

Azad said all these medical systems are being utilised in the national healthcare delivery system, each to its potential and availability in different parts of the country. Also Read - Modern homeopathy backed by telemedicine will do away with hospitalisation: Minister

The process of mainstreaming has been further augmented under the National Rural Health Mission, with co-location of traditional medicine and homeopathy facilities in the primary health network and capacity building of AYUSH practitioners in the national programmes of Reproductive and Child Health, Safe Child Birth, School Health, Anemia control and Malaria eradication, he said.

The minister said AYUSH doctors are now actively involved in national health programmes pertaining to reproductive and child health, school health, anaemia control and immunisation. The government is planning to set up a separate central drug controller for traditional systems of medicine and homeopathy, senior officials said. The decision was taken during a conference of traditional medicine in South East Asian countries. The conference was attended by health ministers of Bangladesh, Bhutan and Nepal. The ministers of indigenous medicine, Sri Lanka and other South East Asian countries, were also present.

India signed a Memorandum of Understanding (MoU) with Bangladesh to cooperate in traditional medicine in the areas of exchange of health professionals, development of human resources and research. The MoU was signed by Azad and A.F.M. Ruhal Haque, health minister of Bangladesh. The parties also decided to promote cooperation between the two countries in the fields of health and medical sciences.

Azad further said that the South-East Asian (SEA) countries have a rich heritage of several systems of traditional medicine. They have vast resources of medicinal plants and huge repositories of knowledge. 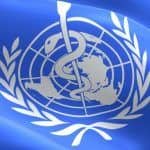