There is an urgent need to bridge the communication gap between patients and doctors in India to improve the country's healthcare system, experts said in Kolkata on Tuesday.

There is an urgent need to bridge the communication gap between patients and doctors in India to improve the country’s healthcare system, experts said in Kolkata on Tuesday. Also Read - Ganesh Chaturthi 2020: 4 reasons an eco-friendly Ganesha is good for you

According to these experts, with the advent of modern technology in healthcare, physicians are becoming increasingly dependent on machines and this has created a vacuum in doctor-patient communication. Also Read - India's youngest liver transplant patient is just five-months old

Compared to countries like Britain and the US, where doctors forge a strong relationship with their patients, India lags behind.

Another aspect to this is the lack of initiative on the part of doctors to gain detailed knowledge about the case history of their patients.

‘We are indeed facing a lag in the communication area. Unless you know how the patient is feeling and unless you explain the diagnosis and other details to him or her, then the treatment is not complete. It is not simply about writing down a prescription,’ said S. Kar Purkayastha, consultant physician and gastroenterologist, Peerless Hospitex Hospital and Research Centre Ltd., Kolkata.

‘Modern equipment is necessary but the role of the doctor as a detective is crucial,’ Purkayastha said.

To circumvent this, especially for busy medical heads at private establishments, Purkayastha suggested forming a team of six to eight doctors who would keep in regular touch with patients and report to the head periodically.

‘Indian physicians have to do a lot in this respect,’ he added.

These issues would be debated at the two-day conference organised by the Royal College of Physicians London, Peerless Hospital and B.K. Roy Foundation in Kolkata beginning on Oct 19. (Read: A good doc-patient relation key to beat stress) 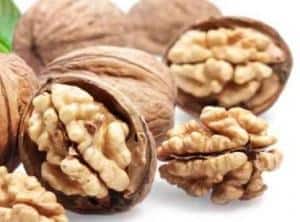 Eating walnuts may keep heart disease and diabetes at bay! 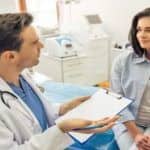