Home / Health News / India has to save yoga from its shallow, soulless imitations

India has to save yoga from its shallow, soulless imitations

With weird concoction like "Beer Yoga" getting popular, the ancient art of inner blossoming is seemingly going topsy-turvy. 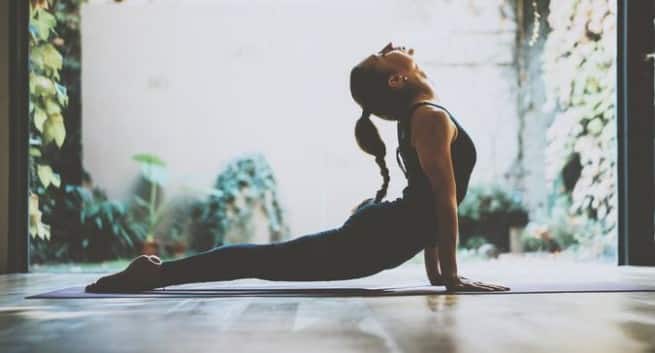 With weird concoction like “Beer Yoga” getting popular as the next big international fitness craze, the ancient art of inner blossoming is seemingly going topsy-turvy. And as yoga hogs the limelight on its third International Day, the loud call for saving the spirit of the ancient and modern practice can’t be swept under the carpet. While yoga needs to be promoted as a life-transforming phenomenon, it wouldn’t do much good if it loses the balance of purity and ingenuity. From being an ancient spiritual pursuit for those seeking enlightenment and becoming a hippies’ fad, yoga has shown remarkable flexibility to become the most-chanted lifestyle mantra of today. From laptop models to fitness clubs, none wants to miss the bandwagon. But as it mainstreams itself, there is also the danger of getting it diluted into a shallow but widespread phenomenon. With other strange rejigs like “Naked Yoga” claiming to share its revered lineage, the argument that yoga is losing touch with its roots, its history, even its soul is bound to gain some traction. That makes India’s state-backed bid to reclaim it good for yoga.India can only rue her past apathy for allowing yoga to be stripped and raped. In the guise of secularism, India shied away from protecting and promoting yoga for too long. The powers that be never made any attempt to ensure standardisation or harness it as a national asset. The vacuum allowed a free run for shallow imitations. There was no vision to hard-sell yoga as a trusted Indian brand, despite surging demands across the world. It was only in 2015 that the Ministry of AYUSH launched a scheme for voluntary certification of yoga professionals in alliance with Quality Council of India (QCI). Thanks to it, India at last has over 1,000 certified yoga professionals. It is shameful statistics as the US’ largest yoga teacher registry alone adds around 15,000 new trainers each year.Apart from ensuring quality, such certification will check dilution as more and more trained hands will be available to steer the global yoga boom. On that front QCI, operating through its Yoga Certification Steering Committee, has done a good job by setting comprehensive and inclusive standards for training and certification. “The strict QCI certification norms and the training needed to clear them ensure that a certified instructor is thorough with the basic philosophy of yoga. As the premium on certification rises, people will realise that becoming a yoga instructor takes a lot more than just demonstrating or practising yoga postures,” says Shabina Ansari, a Pune-based QCI Level II yoga teacher who recently cleared the certification after going through 350 hours of intense yoga training at Bengaluru-based Sri Sri School of Yoga of the Art of Living. (Read: Are you willing to try goat yoga?) Also Read - Yoga for weight loss: 5 yoga asanas to get rid of flabby arms

Also Read - Effective yoga asanas that can boost your fertility

That bar on quality is critical as India has a moral duty to defend yoga’s spiritual traditions. The challenge is to get people thinking about its roots while not scuttling its rapid globalisation. The pitch for quality must not end indirectly telling people to stop practicing yoga. The great debate over whether yoga has sold its soul is no more limited to the perils of the West’s obsession with its physical aspect (asanas) and growing commercialisation. The focus must now shift to checking the trend of passing anything and everything as yoga. Even though yoga is often taught like a series of physical exertions done to get fit, everyone sells it on its loftier charm of taking inner calm to the next level. Even the original “Beer Yoga” ad touts itself as the “marriage of two great centuries-old therapies for mind, body and soul” and claims it pairs the philosophies of yoga with the pleasure of beer drinking to take on to the highest level of consciousness. Read more about 5 yoga mudras to deal with anger before it gets out of control! Also Read - 10 reasons to start your day with Surya Namaskar

Yet, the spiritual aspect is often given the miss. Practically, yoga is widely sold without its soul. Some even among the puritans believe that to welcome the greatest number of people, yoga has to dilute itself. They think its original incarnation carries too much baggage. But the reality is that yoga can be taken to every corner of the world without diluting its essence. Body postures are just one of the aspects required for yoga practice. The others include adherence to social and personal ethics, control of breathing and senses and devotion and meditation. This is where quality check and certification will do wonders. The International Day of Yoga is the perfect stage for India to show the world that yoga can go places without losing it soul. In that, quality will matter a lot. 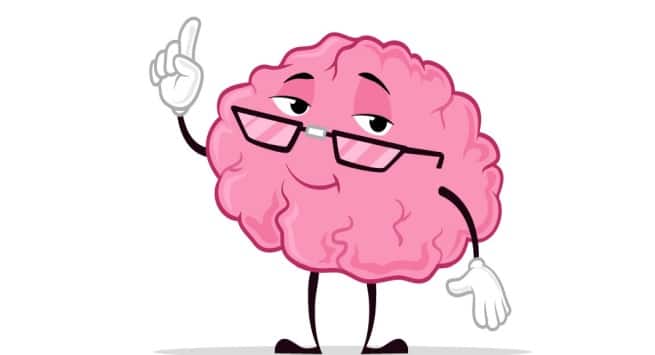 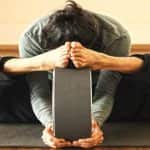 What is yoga wheel? Its benefits will surprise you 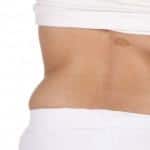 Top yoga poses to eliminate fat from the back 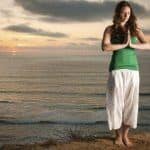 Surya Namaskar or the sun salutation -- the why, how and when of the practice 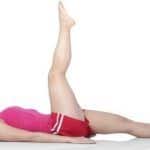 Ekpada uttanasana -- an asana to improve digestion and tone your tummy 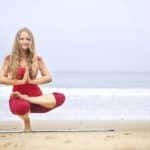 Veerasana -- tone the muscles of your legs, beat knee pain