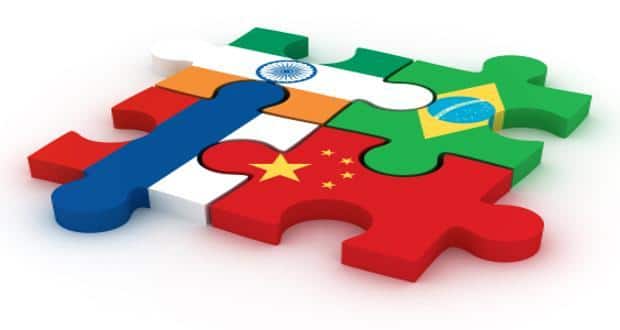 Ahead of the BRICS summit here, a report by a global health group Monday said the five major emerging economies have witnessed a significant increase in their financial contribution to health policies. The BRICS countries -- Brazil, Russia, India, China and South Africa -- are injecting new resources, momentum and innovation into efforts to improve health in the world's poorest countries, the report by Global Health Strategies Initiative (GHSI) says.

While all five countries have engaged in foreign assistance for decades, the report finds the size and scope of their efforts have grown rapidly along with their economies. The report estimates that the average annual growth in the BRICS' foreign assistance spending between 2005 and 2010 was more than ten times higher than that of the G7.

"BRICS is much more than a collective group of countries. The economic slowdown is reducing the influence of US and Europe. BRICS nations are filling the gap," said Sachin Pilot, minister of state for communication and information and technology at the report's launch.

"The world is looking to emerging economies like the BRICS for new resources and innovations to improve health in less-developed countries," he added. The report also describes important contributions by the BRICS to multilateral health initiatives including Brazil's role in founding UNITAID and Russia's role as a founding donor to the GAVI Alliance's commitment on pneumococcal vaccines.

The report puts together successful public health models in the countries setting examples for other nations to follow. "Brazil's landmark 1996 commitment to provide universal access to effective HIV treatment significantly influenced global policies on access to medicines. China has been a leader on malaria treatment in Africa while South Africa is pioneering the introduction of new molecular diagnostics for tuberculosis (TB)," the report said.

While India is currently the largest producer of low-cost drugs and vaccines, each of the BRICS is investing heavily in science and technology, including health research and development. China has pledged to increase R&D expenditures from 1.3 percent of GDP in 2005 to 2.5 percent of GDP by 2020. "The BRICS are increasingly focusing on health and development as part of their global assistance efforts and pioneering new the models of cooperation and collaboration," said Anjali Nayyar, co-executive director of GHSi.