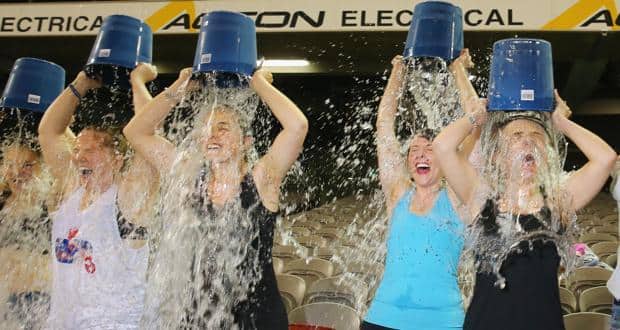 The ALS Ice Bucket Challenge, which started just last month, became a viral Internet sensation and soon a game-changer of an organisational effort to raise money. The ALS association released an official statement confirming to have received $79.7 million in donations as of Monday, August 25, while the Ice Bucket challenge still continues to spread awareness and encourage people to donate money for charity.

The amount received this year is overwhelming compared to that last year July 29 to August 25, when the organisation had raised $2.5 million. Further, the challenge has brought 1.7 million new donors to the association, who contributed to raise the amount along with the existing donors.

'ALS is a disease of the nervous system that affects the motor neurons in the brain and the spinal cord,' says Dr Sudhir Kumar, senior consultant neurologist, Institute of Neurosciences, Hyderabad. These motor neurons carry signals from the brain to the spinal cord and from the spinal cord to the muscles throughout the body. 'The disease is progressive in nature, which means once it starts it affects all body parts and ultimately causes complete loss of muscle movement and co-ordination. There is absolutely no hope of improvement in ALS and in the later stages the patient loses the ability to grab things, speak or even move any body part,' he explains.

The ALS Association credits Pete Frates, a former Boston College baseball player for making the challenge popular. He's been living with the disease since 2012, and it has become a phenomenon since Frates took the challenge at the end of last month. ALS causes, diagnosis, symptoms and diagnosis