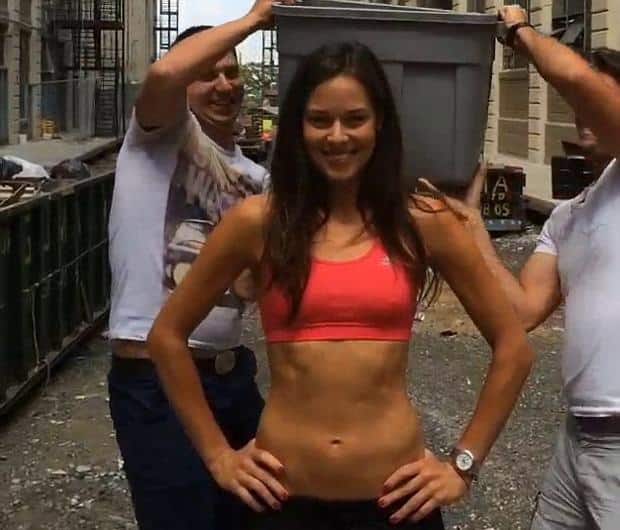 The Ice Bucket Challenge saw people donate $7.3 overnight and total donations have reached a total of $22.9 million, 12 times the amount raised last year according to the ALS Association! Steven Spielberg, Justin Bieber and Bill Gates are among many celebrities pouring buckets of ice water over their heads and donating to fight Lou Gehrig's disease, in a fundraising effort that has gone viral. Since June, several thousand people worldwide have recorded themselves getting drenched, then posted the stunt online and challenged others to do the same, or pledge USD 100 to ALS research. Many have done both, in an effort that has raised millions of dollars for the ALS Association, which combats amyotrophic lateral sclerosis, also known as Lou Gehrig's disease.

Some 30,000 Americans have ALS, which attacks the nervous system and eventually leaves victims paralysed. In just weeks the 'ALS Ice Bucket Challenge' has swelled into a global phenomenon, with dozens of stars getting wet: Lady Gaga, Britney Spears, Justin Timberlake, Taylor Swift, James Franco, Oprah Winfrey, Jennifer Lopez and Jon Bon Jovi are among them.

Politicians and sports figures went at it too, including New Jersey Governor Chris Christie and basketball superstar LeBron James. Bare-chested English footballer David Beckham got in on the act, as did World Cup stars Neymar of Brazil and Argentina's Lionel Messi.

Bipasha Basu and Abhishek Bachchan both took the ALS Ice bucket challenge to bring the crazy international fad to India. Bipasha wrote: 'Accepted my best friend suzie's #IceBucketChallenge!i am nominating RockyS and Raj Kundra!' Bipasha Basu surprisingly used a very small vessel which is sure to attract some fun comments on social media. She however asked not to be judged about the size of her bucket: 'Don't judge the size of my ice bucket guys had no voice and feverish and still did it! Made my friend happy ' Abhishek Bachchan, who was challenged by Ritesh Deshmukh, also took the plunge and in turn challenged his father Amitabh Bachchan, Shah Rukh Khan and the entire team of Happy New Year.

The ALS Association credits Pete Frates, a former Boston College baseball player for making the challenge popular. He's been living with the disease since 2012, and it has become a phenomenon since Frates took the challenge at the end of last month. Read more about ALS causes, diagnosis, symptoms and diagnosis