Hypertension on the rise in rural Tamil Nadu

A large-scale study undertaken in Tamil Nadu recently has established the high prevalence of hypertension in rural India. The study reported 21.4 per cent hypertension prevalence in about 10,500 peopl

A large-scale study undertaken in Tamil Nadu recently has established the high prevalence of hypertension in rural India. The study reported 21.4 per cent hypertension prevalence in about 10,500 people aged between 25 to 64 in 11 villages in the State with both sexes being affected equally. It was published in the International Journal of Public Health. Urban areas had a prevalence of hypertension of 22-30 per cent. Also Read - Being Overweight And Alcohol Are Not A Good Mix; Here's Why You Should Stop

Dr. Prabhdeep Kaur, the first author of the study and a Scientist at the National Institute of Epidemiology, Chennai says that one of the major findings of the study is that about 75 per cent of people with hypertension were ignorant of their condition and ignorance was more in the younger age group. This could be because younger people are less likely to suffer from major illnesses and hence less likely to visit doctors and doctors too don’t expect younger people to be hypertensive and suffer from lifestyle diseases, she said. Also Read - Combining 'A Body Shape Index' With BMI May Help Predict Cancer Risk: UK Study

According to the study, just 20 per cent of people were on treatment for the condition with a mere 6.6 per cent of them having their blood pressure under control. Diseases of the circulatory system were the cause of about 24.5 per cent of deaths in people aged 45-59 years in rural Tamil Nadu. Also Read - Beware: Accumulation of belly fat as you approach menopause can up your heart disease risk

Central obesity (potbelly), BMI (body mass index) of more than 23 and alcohol were found to be risk factors for hypertension. High prevalence, low awareness, low treatment rates, and poor control among those under treatment in the rural areas make hypertension an ‘emerging public health challenge’ that can increase the rates of mortality and morbidity from cardiovascular diseases, the study noted.

Tamil Nadu had started a pilot project in Sivaganga and Virudhunagar districts during 2007-2010 to screen and treat people for hypertension during which about 11,31,000 people were screened for hypertension in 98 health facilities. The pilot project has been scaled up in 16 districts by the Tamil Nadu Health Systems Project (TNHSP). ‘This year we have been implementing the Phase I of the programme to screen and treat people with hypertension in 16 districts. Preparatory activities, including training, are underway in the remaining 16 Phase II districts,’ said Dr. Jerard M. Selvam, Deputy Director, Non-communicable diseases, TNHSP, Chennai. By March-April 2013, the remaining 16 Phase II districts will also be implementing the project, thus covering the entire state, he added.

He said that 8,57,616 people in the 16 districts who came to healthcare facilities for other ailments were screened between July to September 2012 alone. 60,517  of these were found to have hypertension. 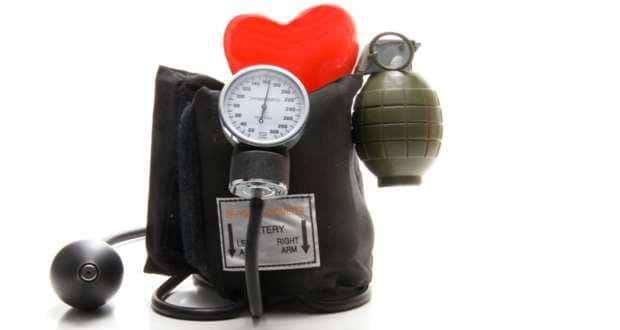 Why hypertension is more dangerous than you think