How male and female bodies respond differently to stress

Researchers have identified a receptor in the brain that shows male and female bodies differ greatly in responses to stress.

Researchers have identified a receptor in the brain that shows male and female bodies differ greatly in responses to stress.The findings showed that when we’re stressed, the cells in our hypothalamus — the brain region — steps up the production of a receptor called CRFR, known to quickly help activate the stress-response nervous system. For instance, CRFR can cause the heart to beat faster, preparing the mouse or man to fight or flee. Read– Dear Stress, let’s break up! 10 stress busters you must try Also Read - Ayahuasca: Know the benefits and side effects of this trending psychoactive brew

Hypothalamus helps the body adjust to stressful situations, controlling hunger and satiety as well as regulates blood glucose and energy production.The CRFR receptor was found in about half the cells involved in arousing appetite and suppressing energy consumption.The researchers led by Yael Kuperman from Weizmann Institute of Science in Israel then removed the CRFR receptor from the cells that arouse appetite in the hypothalamus. Also Read - World Brain Day 2020: Step-by-step guide on how your brain functions

The results, published in the journal Cell Metabolism, revealed that when exposed to stressful conditions like cold or hunger, only females mice showed the effect. When the CRFR receptor was removed in cold situations, the body temperature of female mice dropped dramatically. Similarly, hungry female mice, in which the CRFR receptor was suppressed, also showed a reduction in liver glucose. No effect was seen in male mice. Read–Stress during pregnancy can impact your unborn’s child health

The fact that the receptor suppresses hunger in stressed females, but not males, may help explain why women are statistically much more prone to eating disorders than men.The study could aid in the development of treatments for regulating hunger or stress responses, including anxiety and depression, the researchers concluded. 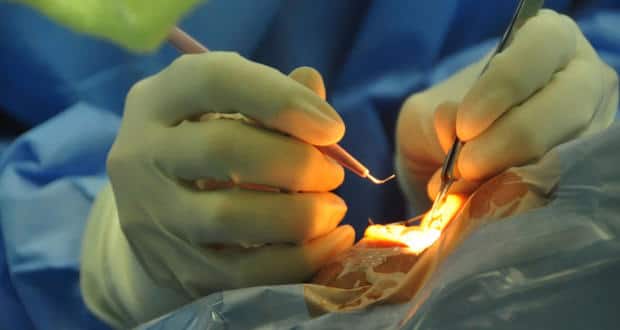 About to undergo an eye surgery? Listen to music to calm your anxiety

Young adults with abdominal obesity at risk of kidney disease