How does love happen?

What is it that drives the attraction process in couples? A new study by an American sociologist may offer new insight into why and when Cupid's arrow strikes. University of Notre Dame sociologist Eli

What is it that drives the attraction process in couples? A new study by an American sociologist may offer new insight into why and when Cupid’s arrow strikes. University of Notre Dame sociologist Elizabeth McClintock studied the impacts of physical attractiveness and age on mate selection and the effects of gender and income on relationships. Also Read - This is how you can keep the romance alive after having a baby

In her study, ‘Handsome Wants as Handsome Does: Physical Attractiveness and Gender Differences in Revealed Sexual Preferences’, published in Biodemography and Social Biology, McClintock examined the effects of physical attractiveness on young adults’ sexual and romantic outcomes (number of partners, relationship status, timing of sexual intercourse), revealing the gender differences in preferences, according to Science Daily. ‘Couple formation is often conceptualized as a competitive, two-sided matching process in which individuals implicitly trade their assets for those of a mate, trying to find the most desirable partner and most rewarding relationship that they can get given their own assets,’ McClintock said. Also Read - Happy Hug Day: A cuddle a day keeps the doctor away

McClintock’s study showed that just as good looks may be exchanged for status and financial resources, attractiveness may also be traded for control over the degree of commitment and progression of sexual activity. Also Read - What happens to your health if you stop having sex?

Cancer not linked to work-related stress 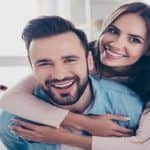 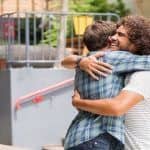