How Did The Pigs Get Back To Life An Hour After Death? Read This Shocking Study

The Nature Journal quoted a neuroscientist and his team from Yale University saying that this experiment was done with the pig-brain research of 2019. The team revived the pigs a few hours after their death.

A ray of hope has emerged for patients waiting for organ transplants. American scientists have developed a technology that can restore the function of cells and organs present in pigs after their death. According to the Journal 'Nature', under this technology, researchers infused a particular substance in the tissues and organs of some pigs an hour after death, which was prepared to protect the cells. Yale School of Medicine researchers said the technology would help ensure the safety of human organs during surgery and increase the number of organs available for transplantation. David Andrjevic, a research team member, said, "Not all cells die immediately. In the new study, the researchers restored the function of various pig organs through 'OrganX', a modified version of 'BrainX'.

How Did You Get Life After Death?

According to Nature magazine, the team obtained pigs from a farm breeder (local). Then he was put on a ventilator. Later his heart was shocked and induced into cardiac arrest. After confirmation of lack of pulse, the animals were removed from the ventilator. 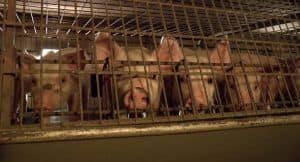 Some Pigs Were Connected To The OrganX System

Some of these pigs were related to the OrganX system. At the same time, others received no treatment or were related to extracorporeal membrane oxygenation (ECMO) machines, which some hospitals use as a last-ditch effort to supply oxygen and remove carbon dioxide from the body.

What Was The Result Of This?

David Andrijevic, a neuroscientist at Yale University and a research team member, said: 'After 6 hours, the researchers observed that circulation resumed more effectively in pigs receiving OrganX than those receiving ECMO or no treatment.' In addition, some electrical activity and contractions were detected in his heart. However, his heart had not begun working fully.It is unclear what it did to those animals in such a situation. The researchers also observed that the pigs' hearts that received OrganX produced more of a protein called albumin than those of other groups.