How did HIV+ woman die in hospital, asks Bihar panel

The Bihar Human Rights Commission (BHRC) Wednesday sought a report from the state health department after an HIV-positive woman died in a government hospital in Patna for want of proper treatment, off

Tags: Bihar  HIV+  In the news

The Bihar Human Rights Commission (BHRC) Wednesday sought a report from the state health department after an HIV-positive woman died in a government hospital in Patna for want of proper treatment, officials said. Also Read - Ganesh Chaturthi 2020: 4 reasons an eco-friendly Ganesha is good for you

Taking suo moto congnizance of the death of the 45-year-old woman in the Patna Medical College and Hospital earlier this week, after doctors reportedly refused to operate on her, the BHRC directed the principal secretary of the state health department to submit a report within two weeks. Also Read - People with HIV at higher risk of heart failure

‘We have taken note of the reports of death of an HIV-positive woman due to apathy of doctors at a premier health centre of the state. This is a serious violation of human rights of the victim. We have called for a detailed report from the health department,’ commission chairman Justice (retd.) S.N. Jha said.

Jha said the commission will take action only on the basis of the report.

‘It shocked us as an HIV-positive woman was discriminated against in the hospital simply for her disease,’ he said.

Jha said the death of the woman also showed insensitivity of the doctors.

‘Initial reports suggest she was not treated by doctors and staff as she was HIV positive,’ he said.

Hospital officials said the woman, a resident of Patna, was suffering from intestinal obstruction. She was admitted to the surgical emergency ward last week and died on Monday.

An official of the Bihar State AIDS Control Society said this was not the first such case. Three HIV-positive people have been refused treatment at hospitals in the state, he said.

Deepak Kumar, principal secretary of the state health department, said he has constituted a high-level inquiry into the case and asked for a detailed report from the hospital authorities. (Also read: WHO s new guidelines to fight HIV/AIDS) 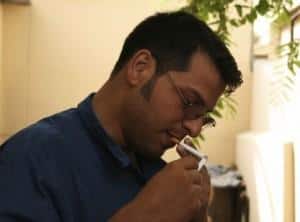