The sinful excess of holiday eating could derail your food clock - a complex mechanism of interacting genes and molecules that keeps the metabolism in shape. Researchers from the University of Califo

The sinful excess of holiday eating could derail your food clock – a complex mechanism of interacting genes and molecules that keeps the metabolism in shape. Researchers from the University of California, San Francisco (UCSF), are helping to reveal how this clock works at a molecular level, which is known technically as the food-entrainable oscillator (FEO). The California team has shown that a protein called PKCI is critical in resetting the food clock if our eating habits change, the journal Proceedings of the National Academy of Sciences reports. The study showed that normal lab mice given food only during their regular sleeping hours will adjust their food clock over time and begin to wake up from their slumber, and run around in anticipation of their new mealtime. Also Read - Merry Christmas: 12 healthy food swaps to stay fit through the festive season

But mice lacking the PKCI gene are not able to respond to changes in their meal time — instead sleeping right through it, according to a California statement. The work could shed light on the molecular basis of diabetes, obesity and other metabolic syndromes because a desynchronised food clock may serve as part of the pathology underlying these disorders, said Louis Ptacek, professor of neurology at UCSF and a Howard Hughes Medical Institute Investigator. Understanding the molecular mechanism of how eating at the wrong time of the day desynchronises the clocks in our body can facilitate the development of better treatments for disorders linked with night-eating syndrome, shift work and jet lag, he added.Look behind the face of a mechanical clock and you will see a dizzying array of cogs, flywheels, reciprocating counterbalances and other moving parts. Also Read - Weekend habits that might be spoiling your weight loss efforts

Biological clocks are equally complex, composed of multiple interacting genes that turn on or off in an orchestrated way to keep time during the day. Also Read - Frequent jet lags can damage your health in these 4 ways

Also read: How to have a healthy Christmas 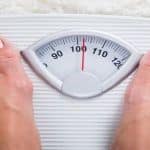 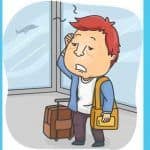 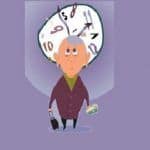