Being part of the dahi handi pyramid might cost Shashikant Mane and Mahadev Khandekar their limbs. The two fell from a height of nearly 30 feet in separate incidents in Thane and Sion, respectively.

Tags: In the news  Janmashtami 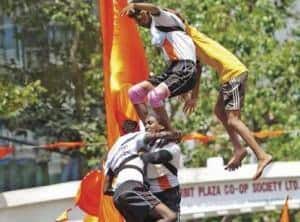 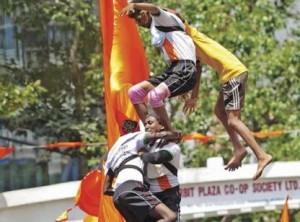 Being part of the dahi handi pyramid might cost Shashikant Mane and Mahadev Khandekar their limbs. The two fell from a height of nearly 30 feet in separate incidents in Thane and Sion, respectively. They are among the five admitted in civic hospitals after getting seriously injured in similar incidents on Thursday. Also Read - Ganesh Chaturthi 2020: 4 reasons an eco-friendly Ganesha is good for you

Mane and Khandekar are both under observation at KEM Hospital. ‘Mane has a cervical injury, which has resulted in weakness in all four limbs. Khandekar has suffered a thoracic spinal injury and has weakness below the waist. Further tests are on,’ said a doctor at KEM Hospital. Also Read - Krishna Janmashtami special recipe: Healthy amaranth almond laddoo

Doctors are unsure whether the two will be able to walk again. ‘Both of them could end up paralysed,’ the doctor added.

Another govinda, Sanket Mohite, 19, succumbed to severe head injuries after falling off the bike which was ferrying him and his friends to the dahi handi revelries in Bandra. Three youths from Worli were also injured after falling off a truck.

Figures provided by the civic body show a dramatic rise in such cases, with 365 govindas getting injured this year, compared to 100 last year. ‘We have seen almost double the number of patients that came in last year. There has been an increased proliferation in dahi handi mandals this year. Increased politicisation of the festival has led to more injuries,’ said a casualty medical officer at Sion Hospital.

The officer added, ‘Mostly, the patients have suffered injuries to the head, swelling, trauma to back, chest, shoulders and face. Up to six of the 20 patients admitted here were minor boys. In order to make a quick buck, the mandals are jeopardising the lives of young children.’

Most of the injuries were either minor or small fractures. After treatment, 307 of the injured govindas were discharged.

Dr Avinash Supe, dean of LTMG Sion hospital said, ‘It is high time people start taking precautions to enjoy this game. We have not seen any dip in injury cases.

The worse affected are the govindas who are in the lower and middle tier of the human pyramid with their heads bent, carrying govindas on their shoulders. They get neck injuries which could leave them paralysed.’

Pankaj Yadav: An 18-year-old boy who made it to IIT despite losing an eye to cancer

Learning a new language during childhood alters your brain! 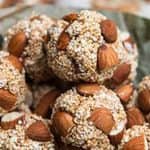