Washington (ANI): Researchers in Italy have found that multiple sclerosis patients with high educational levels suffer less cognitive impairment compared with those with low educational levels. Also Read - Obese people beware: Your weight may have a surprising impact on your brain function

The second aim of the study was to investigate the possible role of perceived fatigue. Fatigue can have a great negative influence on daily life, so that higher perceived fatigue might result in lower cognitive performance.

Fifty consecutive clinically diagnosed MS patients took part in the study. A control group included 157 clinically healthy subjects, with no psychiatric or neurological diagnosis. Individuals in both groups were, on average, of the same age, education level and gender. The mean age was 40.41years, with 12.37 years of education.

Cognitive performance was evaluated using the Paced Auditory Serial Addition Test (PASAT), in which a series of single digit numbers are presented and the two most recent digits must be summed. This test has high sensitivity in detecting MS-related cognitive deficits as it relies strongly on working memory and information processing speed abilities. Fatigue was evaluated through the Modified Fatigue Impact Scale (MFIS), which assesses the effects of fatigue in terms of physical, cognitive, and psychosocial functioning.

Of the 50 clinically diagnosed patients, 17 had less than 13 years of schooling, without obtaining any secondary level diploma, and 33 had received more than 13 years of schooling, leading to a diploma at university level. Both groups were administered a short neuropsychological battery including standardized tests for vigilance, alertness and divided attention. None of the tasks showed differences between the groups.

The study has been published in Restorative Neurology and Neuroscience.

2-minute walk around office could help keep diabetes at bay

Alzheimer's disease: Know what it does to your brain 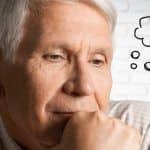