Giving your kids healthy food can't reverse the effects of a high fat diet during pregnancy warns this study! 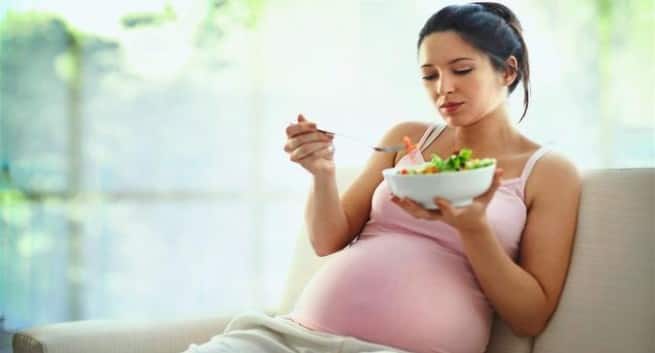 Moms-to-be, you may want to put eating high-fat diet on your to-don’t list as a recent study has linked it with health disorders such as anxiety and depression in children. The Oregon Health & Science University research in an animal model suggested that it alters the development of the brain and endocrine system of their offspring and has a long-term impact on offspring behaviour. “Given the high level of dietary fat consumption and maternal obesity in developed nations, these findings have important implications for the mental health of future generations,” the researchers reported. The study, led by Elinor Sullivan, tested the effect of a maternal high-fat diet on nonhuman primates, tightly controlling their diet in a way that would be impossible in a human population. It revealed behavioural changes in the offspring associated with impaired development of the central serotonin system in the brain. Further, it showed that introducing a healthy diet to the offspring at an early age failed to reverse the effect. Also Read - Subtle signs that can predict relapse in bipolar disorder

Previous observational studies in people correlated maternal obesity with a range of mental health and neurodevelopmental disorders in children. The new research demonstrates for the first time that a high-fat diet, increasingly common in the developed world, caused long-lasting mental health ramifications for the offspring of non-human primates. The new study suggests that the U.S. obesity epidemic may be imposing transgenerational effects. “It’s not about blaming the mother,” said senior author Sullivan. “It’s about educating pregnant women about the potential risks of a high-fat diet in pregnancy and empowering them and their families to make healthy choices by providing support. We also need to craft public policies that promote healthy lifestyles and diets.” (Read: The 7 essentials of a perfect pregnancy diet) Also Read - Why pregnant women should avoid eating bitter gourd or karela?

Sullivan and research assistant and first author Jacqueline Thompson said they believe the findings provide evidence that mobilizing public resources to provide healthy food and pre- and post-natal care to families of all socioeconomic classes could reduce mental health disorders in future generations. The research is published in the journal Frontiers in Endocrinology.