For people with Type 2 diabetes, heart failure is a common condition. According to a new study, individuals with Type 2 diabetes who had undergone coronary artery surgery prior to their heart failure diagnosis have better chances of survival in the long term. Over 90 per cent of the patients with Type 2 diabetes have one or more other precursors of heart failure, such as high blood pressure, COPD or atrial fibrillation, diseases to which effective treatments are available that improve the chances of long-term survival, the study said. Heart failure in people with Type 2 diabetes is often attributable to atherosclerotic coronary artery disease (CAD) — damage or disease in the heart’s major blood vessels, and such people are given either a bypass operation or catheter balloon dilation. Our study indicates that revasculising coronary artery surgery can do much to improve the prognosis, said Isabelle Johansson, doctoral student at Karolinska Institutet in Sweden. The risk of death within eight years of heart-failure onset was much higher if the patient also had Type 2 diabetes, with those who also had CAD showing the worst prognosis. Also Read - Milkha Singh’s Wife Nirmal Kaur Dies Due To COVID-19 Complications

However, the prognosis for long-term survival was better for the patients who had undergone coronary artery surgery before developing heart failure, an observation that held even when controlling for factors such as old age or other diseases, which might have affected the decision to perform revasculising surgery, the researchers explained. A decision must be taken as to whether this is possible should be made without delay for all patients with combined Type 2 diabetes and heart failure, Johansson added. For the study, published in the Journal of American College of Cardiology, the team studied data of over 35,000 heart failure patients, over a quarter of whom had Type 2 diabetes. (Read: New study says severe obesity alone can increase risk of heart failure) Also Read - From Thinning Hair To Heat Damage: Cosmetologist Geetika Addresses All Your Hair Problems 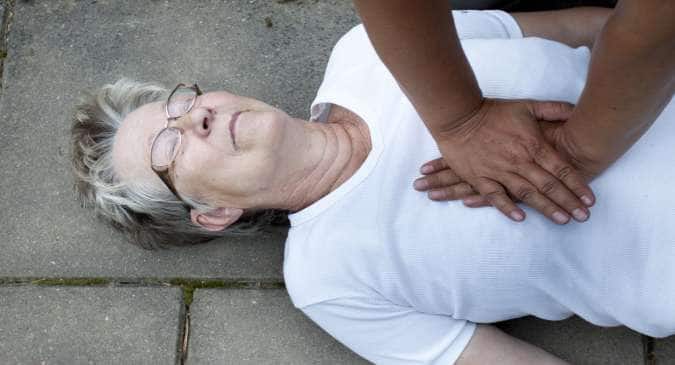 Bollywood actress Sridevi dies due to cardiac arrest, here is what you need to know about it