Here’s another reason to eat fish! It helps fight depression

A recent study has revealed that healthy fat found in oily fish, such as salmon and trout, tuna, mackerel, herring and swordfish, can help you with depression. 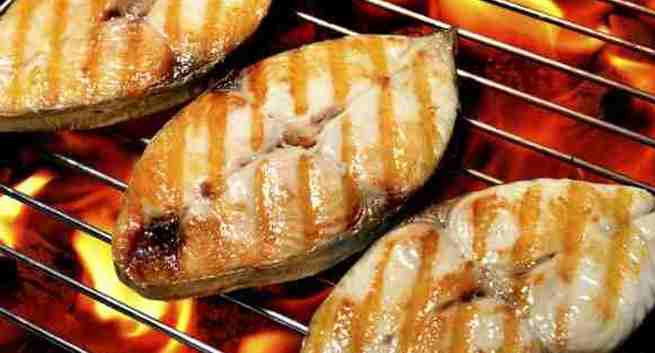 Feeling blue? You may want to add fish to your diet as a recent study has revealed that healthy fat found in oily fish, such as salmon and trout, tuna, mackerel, herring and swordfish, can help you with depression.The new meta-analysis supports the link between intake of EPA and DHA omega-3 fatty acids, the kind found in fish, and reduction in major depressive disorder (MDD). Also Read - Chinese man loses half his liver after eating undercooked fish: 7 foods that you should never eat raw

The meta-analysis includes 13 studies with 1233 participants and, according to the authors, showed a benefit for EPA and DHA comparable to effects reported in meta-analyses of antidepressants (see Figure 1). The effect was greater in studies supplementing higher doses of EPA and performed in patients already on antidepressants. Read: 6 things about depression that no one told you Also Read - Suffering from depression? Opt for these foods

Lead author Dr. Roel JT Mocking from University of Amsterdam said that omega-3 supplements may be specifically effective in the form of EPA in depressed patients using antidepressants. This could be a next step to personalizing the treatment for depression and other disorders. Here are 6 other reasons to eat fish.

Additionally, this study underscores the importance of EPA and DHA omega-3s for overall health and well-being, and supports an existing body of research on the connection between omega-3s and depression. The study is published in Translational Psychiatry.

Marginalised Indian children at the bottom of the priority list--UNICEF