Rotavirus is the leading cause of severe diarrhoea and related deaths in children less than 5 years worldwide.

Making headway towards providing the developing nations with an affordable and easy-to-use Heat Stable Rotavirus Vaccine (HSRV), Hilleman Laboratories, a joint-venture between Merck Sharp & Dohme (MSD) and the Wellcome Trust, today announced the successful completion of Phase I/II clinical trial of its oral vaccine against the deadly Rotavirus disease. The study was conducted in partnership with the International Centre for Diarrhoeal Disease Research, Bangladesh (icddr,b). The results of the clinical trials were presented at the Vaccines for Enteric Disease Conference 2017, held in Albufeira, Portugal.

Sharing results of the study, Dr K. Zaman, Senior Scientist and Epidemiologist at icddr,b said, Safety data have demonstrated that administration of HSRV, when compared with placebo, did not result in an increased reporting of solicited AEs in the adult cohort. In infants when administered as 3-dose primary series, HSRV had a safety profile similar to RotaTeq in terms of frequency, severity, and causality of solicited adverse effect. Immunogenicity assessment was found to be comparable between the HSRV and RotaTeq in infants. The percentage of infants exhibiting a 3-fold rise in serum anti-rotavirus IgA at 1-month post-dose 3 administration from baseline in HSRV group was 88%. The percentage of infants who had a similar increase in the RotaTeq group was 84%. In addition, HSRV elicited comparable Geometric Mean Titre relative to RotaTeq, 1 month after completion of the 3-dose vaccination schedule. Based on the encouraging results obtained in this study, HSRV will be further evaluated in immunogenicity and safety studies in infants. Read here Why India needs more awareness and support to implement Rotavirus vaccination program countrywide

Talking about the accomplishment, Dr Davinder Gill, CEO Hilleman Laboratories said, Rotavirus is the leading cause of severe diarrhoea and related deaths in children less than 5 years worldwide. First-generation Rotavirus vaccines possess thermostability profiles that may not meet storage requirements in developing countries, highlighting the need for heat stable vaccines. Considering the urgent need for effective and affordable Rotavirus vaccines, we would like to accelerate development of our simplified, easy-to-use, heat stable vaccine. Read here India launches its first vaccine against rotavirus

After successful completion of the Preclinical animal studies and obtaining regulatory clearance for human studies, Hilleman Laboratories had initiated a clinical study in April 2016, to establish proof-of-concept for its heat stable Rotavirus vaccine. The vaccine is aimed at allowing greater temperature stability and less reliance on exact storage timing and refrigeration. 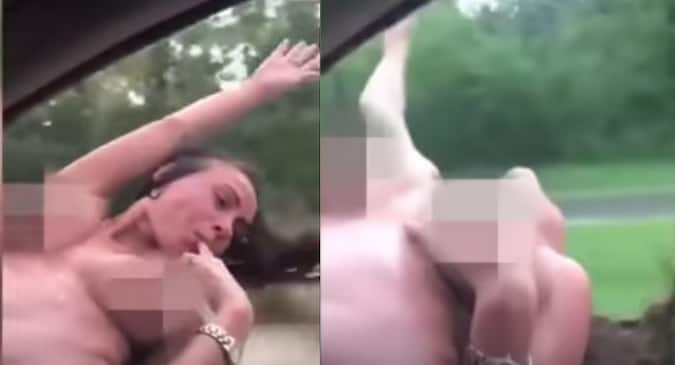 NSFW: Topless mother dies after smashing her head into a lamp post while hanging out of a car window (Viral video)