Cardiac diseases not only affect individuals but also the country's economy and their prevention is not only a medical necessity but a social imperative, Vice President Hamid Ansari said Thursday. ‘

Cardiac diseases not only affect individuals but also the country’s economy and their prevention is not only a medical necessity but a social imperative, Vice President Hamid Ansari said Thursday. ‘Cardio-vascular diseases not only impact physical well-being but can also impact the economy because of expenditure on treatment,’ said Ansari in his address after inaugurating the 64th Annual Conference of the Cardiological Society of India (CSI) and the SAARC Cardiac Congress here. ‘Prevention and cure of cardio-vascular disease is not just a medical necessity but also a social imperative for sustainable growth and development of developing countries such as India,’ he added. Also Read - Vice President on Yoga Day: Meditation is important in Jain, Buddhist, Christianity and Islamic practices

Delhi Chief Minister Sheila Dikshit was also present on the occasion. Ansari also exhorted doctors in the country to increase their operations in rural areas besides commenting on how the number of heart surgeries performed by Indian hospitals annually (90,000) fell short of the required 2.5 million. Doctors pointed to the worrying trends of the disease in India. ‘Heart disease is the biggest killer in India. By 2015, it will supercede any other infection. 50 percent of heart disease cases in the world are currently from India. What is worrying is the fact that 50 percent of the Indian population is young. Heart disease and attacks are more common among Indian youth than others in the world,’ said CSI president Ashok Seth. Also Read - Hamid Ansari -- Transforming how we perceive elderly in society is the need of the hour

According to the World Health Organisation (WHO), cardio-vascular diseases are the number one cause of death annually. Also, 17.3 million people died in 2008 due to heart disease, which accounted for 30 percent of all global deaths. Low and middle-income group countries account for 80 percent of heart disease deaths. By 2030, 25 percent people will die of cardio-vascular diseases. Also Read - Max Super Speciality Hospital launches Citizen Plus card for elders

On the occasion, an edition of the Indian Heart Journal containing new guidelines on the prosthetic valve, pacemakers and contrast nephropathy was released by Ansari and Dikshit. Three books by CSI members M. Khalilullah, I.B. Vijayalakshmi and M. Sathapathy were also released.

'India lags behind in breastfeeding practices' 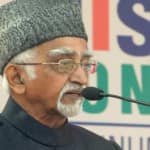 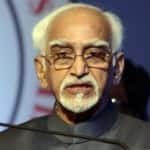