Older adults with hearing loss tend to develop problems of thinking and remembering, a new study says. In the Johns Hopkins study, volunteers with hearing loss, undergoing repeated cognition tests over six years, had cognitive abilities that declined some 30 percent to 40 percent faster than in those whose hearing was normal. Levels of declining brain function were directly related to the amount of hearing loss, the researchers say. Also Read - Kundalini Meditation: For total mind, body, soul rejuvenation

On average, older adults with hearing loss developed a significant impairment in their cognitive abilities 3.2 years sooner than those with normal hearing, the journal JAMA Internal Medicine reports. Known as the Health, Aging and Body Composition, or Health ABC study, the latest report on older adults involved a subset of 1,984 men and women between the ages of 75 and 84, and is believed to be the first to gauge the impact of hearing loss on higher brain functions over the long term, according to a John Hopkins statement. Also Read - Signs you're in a toxic workplace and it’s affecting your health

Senior study investigator, otologist and epidemiologist Frank Lin, from Johns Hopkins, said all participants had normal brain function when the study began in 2001, and were initially tested for hearing loss, which hearing specialists define as recognizing only those sounds louder than 25 decibels. Also Read - 5 simple changes to make to improve your mental health

‘Our findings emphasize just how important it is for physicians to discuss hearing with their patients and to be proactive in addressing any hearing declines over time,’ said Lin, assistant professor at Johns Hopkins University School of Medicine. He estimates that as many as 27 million Americans over age 50, including two-thirds of men and women aged 70 years and older, suffer from some form of hearing loss.

Delhi rape: Gym-instructor rapist not a minor as claimed 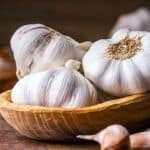 Pimple behind the ears? 5 Home remedies to get rid of the itchy sensation