Health Minister J.P. Nadda on Thursday inaugurated the 3rd World Trauma Congress and said his ministry will soon come up with a National Injury Control Programme to provide trauma healthcare to accident and injury victims.

Health Minister J.P. Nadda on Thursday inaugurated the 3rd World Trauma Congress and said his ministry will soon come up with a National Injury Control Programme to provide trauma healthcare to accident and injury victims. Pointing out that road traffic injuries were among the three leading causes of death of people in the 5-44 years age group, Nadda said: Unless immediate and effective action is taken, road traffic injuries are predicted to become the fifth leading cause of death in the world, resulting in an estimated 24 lakh deaths each year. According to the health ministry, road injuries and deaths levy an economic cost of up to 1.5 per cent of the Gross National Product (GNP) in the low and middle income countries. The figure for India is close to 3 per cent of the GDP. As per the latest statistics, in India 52 persons died every hour in various accidents in 2014. The major causes of accidental deaths in India are traffic accident, drowning, poisoning and accidental fire. India has the highest road crash mortality in the world, said Nadda. Each year nearly 16 lakh people die globally as a result of road traffic collision – more than 3,000 deaths each day – and more than half of these people are not travelling in a car. (Read: Trauma-stricken kids benefit from community support) Also Read - Childhood trauma increases the chance of delivering baby early in life and outside of marriage

Nadda said among the important reasons for increasing mortality in developing countries like India was non-availability of trauma systems. It is a matter of pride that India is hosting the 3rd World Trauma Congress (WTC) this year, said Nadda. On the occasion, C.K. Mishra, Health Secretary, said that the 3rd World Congress was a call to action to all stakeholders to end all deaths due to trauma. Not only their effective treatment, but it is important to think about ways and means to rehabilitate the patients so that they continue to add to the productivity of their own communities and the nation as a whole, said Mishra. (Read: Traumatic memories can haunt you even if you don t suffer from PTSD) Also Read - PTSD may increase your risk of ovarian cancer 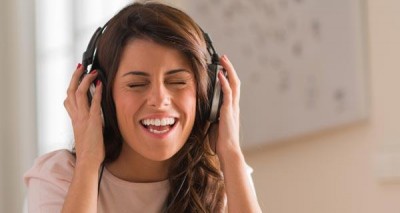