Hey Health Minister, let’s talk to our kids about sex

Update: Dr Harsh Vardhan tried to deny that he had proposed a ban on sex education. ‘Sex education is necessary, but without vulgarisation,’ Dr Harsh Vardhan said. He clarified that the views he expressed were in response to the UPA’s decision in 2007 to introduce the ‘Adolescence Education Programme’ in school which was opposed by various CMs. ‘Crudity and graphic representation of culturally objectionable symbols as manifested in the UPA’s so-called sex education programme cannot be called sex education,’ the minister said. Also Read - Not ready for a baby? 6 ways to prevent unintended pregnancy

It just keeps getting better and better. Forget the fact that we’re the fastest-growing nation in the country, but the newly-appointed Union Health Minister Dr Harsh Vardhan, who first courted controversy for saying condoms break and morality is better to prevent HIV/AIDS, is back in the limelight. The cause for the controversy is a vision document for Delhi schools, created by the doctor that asked for the ban of the current form of sex education. However, it can’t be ascertained when this document was uploaded and it certainly wasn’t updated in the last year.

On his website, he states; that ‘So-called ‘sex education’ be banned, talks about the need to teach values to children through their curriculum and also suggests that yoga be made compulsory.

While it could simply be a case of the mainstream media sniffing Dr Harsh Vardhan’s closet for skeletons after his ‘condom vs morality’ comment, the view is particularly disturbing in a country which is the second most populous in the world, and is home to such violent sex crimes. Since Dr Vardhan couldn’t be contacted for comment, Delhi’s BJP spokesperson Sanjay Kaul told TOI, ‘The issue of banning sex education in schools has not been discussed on the party forum. We have no comment to offer.’ While Dr Harsh Vardhan has the liberty to air his own views on society, it’s scary that it comes from the Health Minister who we hope won’t force his personal views down society’s throat.

Is sex education against our culture?

After deliberating for one-and-a-half years, a parliamentary committee in 2009 headed by veteran BJP leader M. Venkiah Naidu decided that it was ‘against the ethos of our society and would uproot the cultural values that we’ve cherished since the Vedic Age’. The committee went on to suggest that topics like HIV/AIDS and Physical and Mental Development in Adolescents shouldn’t be included in the syllabus until Class 12 and should only be included in Biology. But our so-called guardians of morality seem to forget that these moral values which they harp on about were actually passed down to us by colonial rulers like the British when they were at the peak of their Victorian prudishness. And we imbibed them so thoroughly that we continue to defend them more than any other democracy in the world, in fact, the only places this regressive are the Islamic or African nations where women aren’t allowed to drive or have their genitals mutilated so that they won’t feel pleasure.

Sex education is non-existent in most Indian classrooms. When they do exist in some curricula, they are usually about the biological aspects of sex which focuses on telling people how sex will give them STDs and girls will need an abortion if they have sex before marriage, and children are told that abstinence is the only option. There are no counsellors and it’s usually the bio teacher who doubles up as the sex educator.

The trouble with the current form of sex education

What we all need to realise is that the desire for sex is a normal human urge. It’s in-built and no social construct can completely destroy that. We are after all innately geared to propagate our genes and have children. To understand more about the dangers of abstinence-only sex education we talked to Dr Paul Joannides (Doctor of Psychology). Dr Joannides is also the author of The Guide to Getting It On a highly regarded how-to book on sex that’s used in schools and colleges in the United States.

‘Abstinence-only sex education will always be flawed because it believes that people should wait till marriage to have sex. It ignores the biological reality (that people want to have sex) and the fact that marriage is a cultural creation. It also ignores the massive changes in culture and society that technology is bringing, and how these changes are impacting the right of women to make decisions about their own bodies, their sexuality, and their own futures. Nature has programed the human body to want to reproduce soon after puberty. This means that by the time young people are 16 or 17; their bodies are starting to want sex. The claim by the Mumbai top cop and many of the comments made by other Indian politicians is remarkably similarly to claims made by religious conservatives in the US. They have helped to cripple sex education by claiming that talking about sex and educating young people about sex is going to cause them to have sex earlier.’

Dr Joannides adds, ‘What these social Neanderthals don’t understand is that the average 12 to 15 year-old boy and girl are able to watch hardcore pornography on their laptops or smart phones. In the absence of credible sex education, we have turned over the education of our young to the producers of pornography because porn is the only voice that’s speaking to them about the sexual matters that they are interested in. And as you probably know, in pornography, there is no communication or concern about women’s sexual pleasure. In pornography, a man’s pants come off and the woman instantly has desire for him and she is instantly pleased by whatever he wants to do with her body. That is not how the real world works.’

So what can be done to improve the situation?

First and foremost, let’s talk about sex. Stop being ashamed of it or dismiss it as unbecoming of our culture. We need a strong sex education course designed by sexologists, therapists and psychologists that explains sex to children without being ashamed. This obviously can’t be done by our current educators who get sweaty at the thought of a sperm fertilising the ovum.

This sex education course would need to:

Start at an appropriate age

Explain the biological aspects of sex

This should include the basic anatomy and the process of fertilisation. This should explain how an erection occurs, ejaculation, orgasms and the other issues like erectile dysfunction or lack of libido. It should also explain mensuration, both to boys and girls, so that they don’t feel like it’s anything abnormal.

Explain responsible sexual behaviour including equality and free will

Despite whatever the moral police want, young adults are going to have sex so we should educate them to make responsible decisions. This should cover safe sex; explain how contraceptives and condoms work and the ramifications of unprotected sex like unwanted pregnancies and HIV/AIDS and other STDs without making it seem like it’s the only thing related to sex.

Another aspect that needs to be covered is understanding rejection. Every single day, newspapers are full of stories of youngsters who attack girls with blades, hands, acid and innumerable other weapons or rape them, unable to understand that NO means NO; that women too are individuals who have just as much right to make their own decisions is a concept that’s lost on them. Perhaps our movies are to blame for this where a stalking hero always ends up with the girl. Real life is different and this needs to be explained to people. Another problem is the unrealistic expectations youngsters have from sex because of porn.

Currently, there is no place for youngsters to ask sex-related doubts other than newspaper columns or websites. While anonymously asking questions on website like this can help, it can’t substitute for person-to-person interaction.

Many people, both boys and girls, face sexual abuse but there are no mechanisms to deal with it because they are ashamed to deal with it. There needs to be a way for them to report sex crimes without being treated like victims. Perhaps one solution could be letting schools deal with the issue by directly complaining to a counsellor rather than having youngsters report it to the police.

AAP member Ashutosh had hit back at Dr Vardhan for his comments tweeting: ‘We need a health minister with modern outlook, not trained in RSS lab.’ We certainly hope for the country’s sake that Ashutosh is mistaken and Dr Vardhan has the modern outlook to solve India’s unique healthcare problems while eschewing the fake values that continue to hamper the freedom and well-being of our children. The world has moved on, the British (the ones who gave us these lovely values) now actually have 999 acts of heterosexual sex compared to 1 act that actually leads to conception and it’s quite feasible that Indians aren’t that far behind. So Dr Vardhan, let’s talk about sex, let’s tell our children what it is right and wrong. Let’s prevent (forced) child marriage and female infanticide, protect people from getting HIV and respect the core value that makes this nation great – liberty! 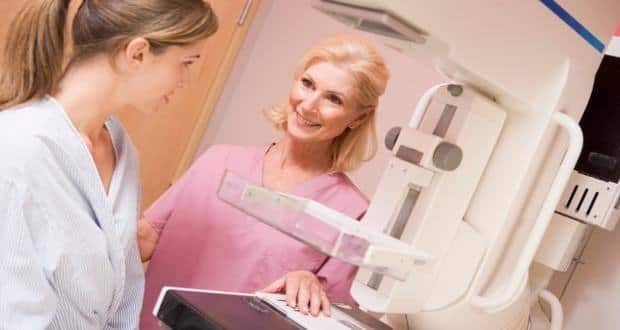