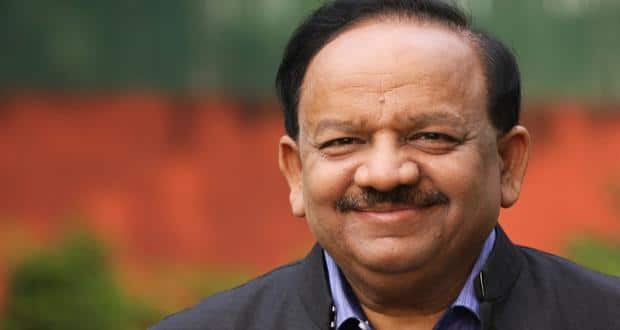 The Union Health Minister Harsh Vardhan said in an interview on Friday that corruption is scavenging India's healthcare system which is already overburdened. He also assured that a thorough clean-up drive will be implemented to ensure that everything is free from corruption. These remarks were followed after the British Medical Journal published a news last month alleged that the corruption in the Indian healthcare system is highly uncontrolled. (Read: How will we fix the imbalance in the nation's healthcare infrastructure?)

In an emailed interview to the Indian Express newspaper, Harsh Vardhan told, 'As a former state-level health minister and a doctor, I am far more aware about the current situation of corruption that is eating into the details of almost every simple aspect related to the government, specially the healthcare system.'

He entitled the government bodies in-charge of the medical education as corrupt and the organization that supervises the drug standards as 'snake pit of vested interests'. The Minister said that he has inherited a team that is corrupted and poisoned, but with changing revolution everything will change. (Read: Health Minister Vardhan asks all states to review steps for dengue, malaria prevention)

He also said that many Indian government agencies and several parliamentary committees have exposed these corrupt practices in the past. So who am I to deny the situation of corruption which is going on since ages. The article in the British Medical Journal by an Australian doctor who practiced in an Indian hospital previously has associated Indian healthcare corruption to a cancer. He also stated that the kickbacks and bribes are present in every part of the country's healthcare functioning. (Read: Will an advanced health information system help improve India's healthcare system?)

It has been since years that several stories have shed light on the corruption occurring in the medical colleges of India. Some of the lands allocated to medical colleges have been sold through bidding, drug supplies are being diverted from the potential users and people suffering from diseases are been forced to bribe hospital personnel to consult and get treated by qualified and experienced doctors.