The Delhi High Court has issued notice to the central government and the AIIMS on a plea filed by kidney patient alleging that despite the court’s direction to arrange a donor for his transplantation three years ago, the institute has failed to even start the procedure. Also Read - World Kidney Day 2021: 90% spousal kidney donors in India are women

Justice Rajiv Shakdher, issuing notice to the Union health ministry and the All India Institute of Medical Sciences (AIIMS) has directed them to file their response by July 2. The court’s direction came on the plea filed by Dinesh Gupta, a cab driver, seeking direction to the Organ Research Banking Organisation (ORBO) department of the AIIMS to start the kidney transplant procedure as his health condition is deteriorating day-by-day. The plea said that because of Gupta’s deteriorating medical condition, he requires an urgent transplant. Also Read - Structural features of donor's kidney may predict recipient's compatibility

Gupta’s family members had expressed their inability to donate the organ to him and the high court on May 21, 2010 had directed AIIMS to arrange a donor, the petition said. After the court order, Gupta had registered himself in the ORBO department on June 2 the same year but the procedure has not started as yet despite lapse of three years. Also Read - Top Delhi surgeons under police scanner in international kidney racket

Gupta has been getting by weekly maintenance haemo-dialysis from Ram Manohar Lohia (RML) hospital and the vein through which an artificial pipe is inserted for the dialysis to be performed for past three years has picked up infection which would prove to be dangerous to his health, the plea added.

It further said: ‘The new artificial pipe has a very short life and Gupta was advised to undergo the specialised grafting procedure so that the dialysis may be continued uninterruptedly… the AIIMS has asked him to deposit Rs. 40,000-Rs 50,000 as estimated cost for carrying out grafting procedure.’

‘As already a considerable time has passed which has resulted in the petitioner’s systems getting weak due to repeated dialysis performed and now the transplant is the only solution to save his life,’ it said. Gupta in 2010 had moved the high court and accused the AIIMS of refusing to put him on dialysis unless he gets a kidney donor. Both his kidneys have stopped functioning and he requires bi-weekly dialysis till he gets a kidney transplant. His kidneys were damaged following medication for some ailment in his intestine.

Petitioner has an eight-year-old son and earns his livelihood by dropping children at schools. Gupta had earlier got his brother-in-laws for kidney donation but their offers were rejected following medical examination. 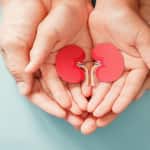