Once you start climbing up the ladder of your age, your mental and physical health starts to slow down a bit. And this is the reason why people who have a healthy lifestyle like regular exercising and healthy diet are known to live a healthy life as they age compared to those who lead a sedentary lifestyle. But according to a panel of world experts in aging convened at Saint Louis University has advised routine screening for those older than 70 for brain health. They recommended that everyone 70 and older should have their memory and reasoning ability evaluated annually by a doctor or health care provider. More importantly, patients found to have cognitive problems also should be screened for physical frailty, and vice versa, suggested the panel. Also Read - Subtle signs that can predict relapse in bipolar disorder

Lead author John Morley said that this is an important step in toward enhancing brain health for aging populations throughout the world, adding that the ability to learn, solve problems and remember is a key to successful health and aging. The study is published in JAMDA revealed the following key points Also Read - 5 Ways to incorporate Feng Shui in your home to improve mental health

#1 Some causes of early cognitive disorder, can be reversed and treated when caught early. These include depression, hypothyroidism, sleep apnea, problems with sight and hearing and treatments of multiple health conditions with medications. One can actually fix some of these issues, which is one reason why it’s critical to identify a problem and try to find a root cause, noted Morley. Read in detail about the 10 conditions that ail elderly.

#2 The progression of cognitive impairment sometimes can be slowed through a series of lifestyle changes, the panel said. They endorsed changes suggested in FINGER, a Finnish geriatric study published in The Lancet, which found those who ate a healthy diet, exercised, trained their memories and managed cardio-vascular risks were less likely to develop cognitive decline and memory problems than older adults who did not. Here are four simple exercises to stay active after 50s.

#3 The panel endorsed a Mediterranean-type diet, packed with fruits and vegetables, fish twice a week, olive oil, nuts, legumes and whole grains, for patients who have early cognitive problems.

#4 The panelists also noted that population-based studies show those who dance, engage in intellectual activity and play a musical instrument have less mental decline than those who not pursue these hobbies. And video games can improve reasoning, memory, reaction time and attention in older adults. Here are 5 reasons why playing an instrument is good for your brain.

#5 Physicians need to know if their patients are not remembering or thinking clearly because they might not be able to follow doctors’ orders for medical problems, such as diabetes or heart disease. 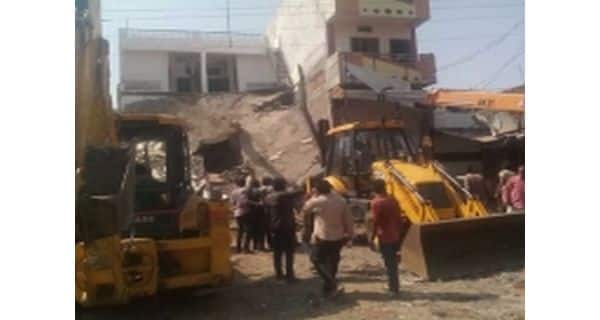 Madhya Pradesh gas explosion, here’s what you need to do in such cases

Antibodies to prevent HIV infection on the cards!