Researchers at the Department of Psychological and Brain Sciences in Boston University (USA) have concluded that ‘Hatha yoga is a promising method for treating anxiety’. 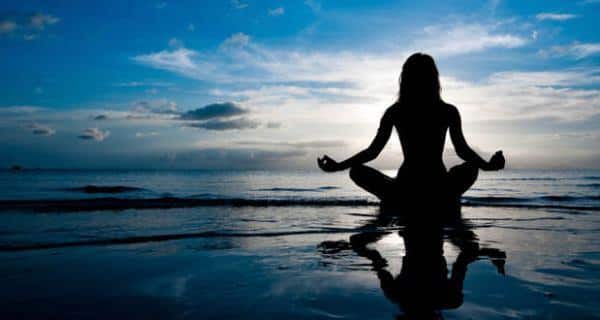 Researchers at the Department of Psychological and Brain Sciences in Boston University (USA) have concluded that Hatha yoga is a promising method for treating anxiety . An abstract of the article Effect of Hatha Yoga on Anxiety: A Meta-Analysis published online at Journal of Evidence-Based Medicine dated May 20, stated: Treatment efficacy was positively associated with the total number of hours practiced. People with elevated levels of anxiety benefitted the most. To examine the effect of Hatha yoga on anxiety, the researchers (Hofmann, Andreoli, Carpenter & Curtiss) conducted a meta-analysis of relevant studies. (Read: Soothe your body, mind and soul with hatha yoga) Also Read - Fainting after vaccination actually due to anxiety, not related to Covid-19 vaccine: CDC

Also Read - Earthquake: Multiple organ failure to hypothermia, tremors can be detrimental to your health

Hindu statesman Rajan Zed, in a statement in Nevada today, called the Boston University looking into the usage of multi-faceted yoga for treating anxiety a step in the positive direction . Zed urged all major world universities to explore various benefits yoga offers. Yoga, referred as a living fossil , was a mental and physical discipline, for everybody to share and benefit from, whose traces went back to around 2,000 BCE to Indus Valley civilization, Zed, who is President of Universal Society of Hinduism, noted. Rajan Zed further said that yoga, although introduced and nourished by Hinduism, was a world heritage and liberation powerhouse to be utilized by all. According to Patanjali who codified it in Yoga Sutra, yoga was a methodical effort to attain perfection, through the control of the different elements of human nature, physical and psychical. (Read: Which is better? A 20-minute Hatha yoga session or 20-minute vigorous aerobic exercise?) Also Read - Suffering from PTSD? Brain training may help treat this condition

According to US National Institutes of Health, yoga may help one to feel more relaxed, be more flexible, improve posture, breathe deeply, and get rid of stress. According to a recently released 2016 Yoga in America Study , about 37 million Americans (which included many celebrities) now practice yoga; and yoga is strongly correlated with having a positive self image. Yoga was the repository of something basic in the human soul and psyche, Zed added. According to Oxford Dictionary of Hinduism, hatha-yoga (yoga of force) is a form of yogic practice designed to bring about liberation and immortality in this life, through the purification and manipulation of the practitioner s body. Founded in 1839, Boston University is an international, comprehensive, private research university . (Read: Yoga to deal with anxiety disorders)