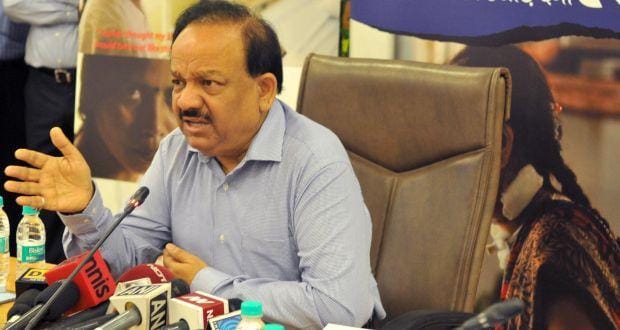 Health Minister Harsh Vardhan said Sunday, six medical college hospitals in Uttar Pradesh will be soon converted to super-speciality institutions along the lines of AIIMS. The up-gradation will be done under the Pradhan Mantri Swasthya Suraksha Yojana (PMSSY). He said the high disease burden of Uttar Pradesh, which also has the largest population among India's states, has influenced the decision.

'I attach high priority to Uttar Pradesh and have been here twice already during my three-month-long tenure so far. As I had been a medical student in Kanpur, I happen to know that the need of the hour is to expand the infrastructure at a fast rate because we have to make up for many years of neglect,' Vardhan said.

Ganesh Shankar Vidyarthi Memorial (GSVM) Medical College, which is also the alma mater of Vardhan, will be upgraded on a fast-track basis as it is servicing a huge population with no comparable facility anywhere in and around Kanpur. Sarojini Naidu Medical College, Agra, also has been included in the PMSSY list. The four other institutions already under the programme are located in Gorakhpur, Allahabad, Meerut and Jhansi.