A team from a university in Chile has created the world's first vaccine for alcoholism that could reduce the number of deaths due to the addiction, a media report said. Around 2.5 million people die e

A team from a university in Chile has created the world’s first vaccine for alcoholism that could reduce the number of deaths due to the addiction, a media report said. Around 2.5 million people die each year from alcohol-related problems, the Daily Express reported. A monthly injection will almost eliminate cravings, said the team from the University of Chile in Santiago. Also Read - Karnataka Allows Home Delivery of Liquor: Is It a Right Decision?

The vaccine will be tested on humans at the end of 2013. In early trials, it has reduced alcohol intake by more than 90 percent. ‘The vaccine delivers an instant hangover of epic proportions,’ said scientist Juan Asenjo. ‘If a patient takes one sip of alcohol after the injection, those typical hangover symptoms, such as rapid pulse rate, sweating and nausea, are magnified to the point where the mere idea of another drink is repellent,’ he said. Also Read - Ranbir Kapoor to Pooja Bhatt: Celebs open up about their fight against drug and alcohol addiction

Why is the IMA opposing generic drugs? 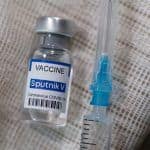