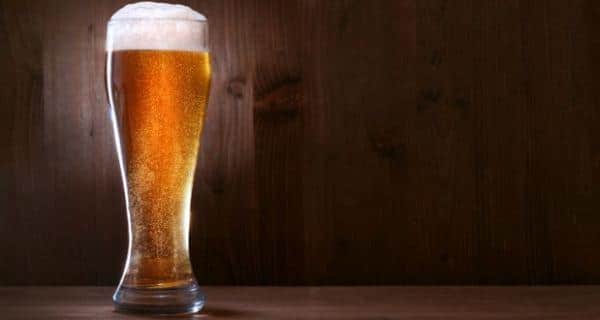 Washington, Jan 20: Drinking half a pint of beer a day may lower your risk of developing heart failure, a new large-scale study has claimed. The study of nearly 15,000 men and women found that drinking up to seven drinks a week in early to middle age is associated with a 20 percent lower risk of men developing heart failure in the future when compared to teetotallers. A more modest 16 per cent reduced risk for women was also observed, researchers said.Dr Scott Solomon, Professor of Medicine at Harvard Medical School and Senior Physician at Brigham and Women’s Hospital, Boston, Dr Alexandra Goncalves, a research fellow at Brigham and Women’s Hospital, and colleagues analysed data from 14,629 people aged between 45-64 years. They had been recruited to the Atherosclerosis Risk in Communities Study between 1987 and 1989 in four communities in the US.Researchers followed the participants to the end of 2011 and questioned them about their alcohol consumption at the start and at each of the three subsequent visits made at three-yearly intervals. (Read: 8 amazing facts that will make you want to grab a beer right now!)They defined a drink as one that contains 14g of alcohol, equivalent to approximately one small (125ml) glass of wine, just over half a pint or a third of a litre of beer, and less than one shot of liquor such as whisky or vodka. The study participants were divided into six categories: abstainers (people who recorded having drunk no alcohol at every visit by the researchers), former drinkers, people who drank up to seven drinks a week, or between 7-14 drinks, 14-21 drinks, or 21 or more drinks a week. During the follow-up period 1,271 men and 1,237 women developed heart failure. The lowest rate of heart failures occurred in those drinking up to 7 drinks per week and the highest rate was seen among former drinkers. (Read: Natural remedies for heart disease (Gallery)) Also Read - High blood pressure may lead to abnormal heart rhythm: Study

Researchers found that men who consumed up to seven drinks a week had a 20 per cent reduced risk of developing heart failure compared to abstainers, while the risk was reduced by 16 per cent in women consuming the same amount. Former drinkers had the highest risk of developing heart failure – a 19 per cent and 17 per cent increased risk among men and women respectively compared to abstainers. Among both men and women consuming the most amount of alcohol (14 or more drinks a week), the risk of heart failure was not significantly different compared to the risk for abstainers. (Read: 8 common heart disease symptoms and warning signs)When researchers looked at death from any cause, for those consuming 21 or more drinks, the number of deaths from any cause increased by 47 per cent for men and 89 per cent for women. ‘These findings suggest that drinking alcohol in moderation does not contribute to an increased risk of heart failure and may even be protective,’ Solomon said. ‘No level of alcohol intake was associated with a higher risk of heart failure. However, heavy alcohol use is certainly a risk factor for deaths from any cause,’ he said. The study is published in the European Heart Journal. (Read: Try cinnamon to give your heart the natural boost!) Also Read - Rajinikanth being treated for severe hypertension: Check your blood pressure regularly