Climbing H7N9 fears has affected China's poultry industry, with industry losses amounting to 10 billion yuan ($1.62 billion) in just one week, People's Daily said on Monday. This is only direct losse

This is only direct losses, and the real impact of the disease will be far more than that, Ma Chuang at the Chinese Association of Animal Science and Veterinary Medicine was quoted as saying. Also Read - Bird flu in India: Natural and Ayurvedic tips to keep yourself safe from avian influenza

Many consumers have been reluctant to eat poultry since the H7N9 avian influenza outbreak started in late March. Some restaurants have stopped offering poultry dishes – leading to a major decline in both poultry prices and consumption. Also Read - Avian Influenza: Cooking poultry at or above 70 degrees may kill the bird flu virus

China’s authorities have been taking precautions to halt the spread of the deadly disease. The widespread fears as well as the government’s bans on poultry trading have cast a shadow over the whole industrial chain of the poultry industry.

As of Sunday evening, the H7N9 influenza has affected 60 patients while 13 of them have died.

Sami Labs to bring Indian alternative medicine to the world 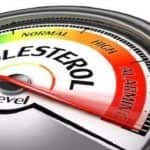