Jaipur, Jan 28: One person succumbed to swine flu at a hospital here, raising the death toll to 28 in Rajasthan in the new year so far. 24-year-old Vinod of Sanganer sub-urban town here, died of the disease at the SMS hospital this morning, a senior government official said, adding, he was admitted to the hospital yesterday in critical condition. 123 more patients were tested positive for the disease, he said. Meanwhile, Rajasthan Chief Minister Vasundhara Raje who held a high level review meeting of medical officials and experts here, directed that every patient recommended by a doctor in the government-run hospital to be tested for H1N1, should be tested for the same free of cost. Also Read - Ganesh Chaturthi 2020: 4 reasons an eco-friendly Ganesha is good for you

Similarly, any patient demanding swine flu test, should be given fifty per cent rebate at the government-run hospitals, Raje said. The chief minister asked the MHD to conduct a mass awareness programme in the entire state so that there should be no doubt on the treatment and prevention of the disease. Asking medical officers to explore possibility of opening swine flu test centres at private hospitals, Raje said, the state government would seek more testing kits for H1N1 diagnosis from the Centre. (Read: Swine flu in India: 27 die, 113 new positive cases in Rajasthan) Also Read - Cancer-stricken village near Rajasthan's Pokhran wants help

Raje also expressed serious concern on the death of two patients who died from Crimean-CONGO fever (Congo Hemorrhagic fever) in a private hospital of Jodhpur, and two others who were undergoing treatments. She directed this disease be taken up on priority so that preventive care be provided to suspected patients. Speaking on the occasion, Medical and Health Minister R S Rathor apprised that his department was regularly monitoring the cases at the state level and taking no chance to provide medical care to such patients. (Read: Swine Flu: Delhi, Haryana and Telangana registered 70 more cases)

Of the 28 deaths due to swine flu in Rajasthan since January 1, ten persons were from Jaipur, three each from Nagaur and Jodhpur, two each from Tonk, Banswara, Kota, Barmer, and one each from Dausa, Bundi, Ajmer, and Bikaner. The figure includes 14 females and 13 males, according to the statistics available with the MHD. Sixteen patients died in state-run hospitals, while 12 in private hospitals, the official said.The dreaded disease afflicted and proved fatal in the age group of 26 to 50 years as 18 out of 27 deaths were in this age group. A 10-year-old boy of Nagaur also succumbed to the disease at a hospital here early this week. In a statement, former Chief Minister Ashok Gehlot demanded the BJP government to provide quick treatment and diagnostic facilities to patients so that their lives be saved in time. Gehlot also urged the government to launch a widespread awareness programme on all dreaded diseases. (Read: Swine flu in India: Total cases in Lucknow rise to 12) 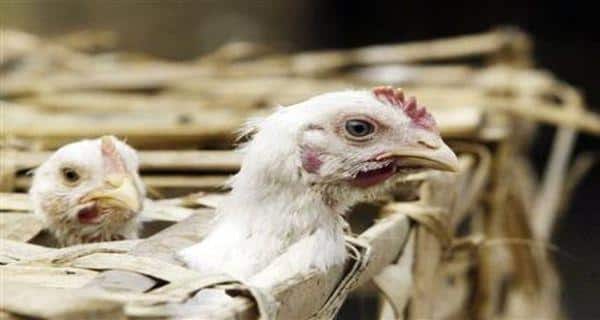