Home / Health News / Gut bugs responsible for a lot of things, from cancer to mood swings!

Gut microbes, vital to health, comprise a community that interacts with the mammalian nervous system, and could trigger diseases like cancer and affect moods, say researchers at the University of Roue

Gut microbes, vital to health, comprise a community that interacts with the mammalian nervous system, and could trigger diseases like cancer and affect moods, say researchers at the University of Rouen, France. The mammalian nervous system, also called enteric nervous system, works together with the gut bugs to stimulate the gastrointestinal tract, influencing appetite, moods and propensity to a variety of diseases, according to a Rouen statement.  The system with which the microbes interact has about half a billion neurons. There are 85 billion neurons in the central nervous system. Also Read - Scientists find clue to multiple sclerosis treatment: Know how this condition affects your health

Researchers at the University of Maryland, US, had earlier identified 26 species of gut bugs tied to obesity and related metabolic complications, including insulin resistance, high blood sugar levels, increased blood pressure and high cholesterol, known collectively as “the metabolic syndrome”. Findings published earlier this year showed that the activity of the bugs could play a part in the propensity to develop diabetes, cardiovascular disease and stroke, according to an article in Public Library of Science ONE. Also Read - Are you at high risk of developing motor neuron diseases? Strike these yoga poses

Senior author Claire M. Fraser, of the University of Maryland School of Medicine, said gut bugs, particularly E.coli, have been implicated in bowel cancer, which claims 16,000 lives a year.  Tests on mice and people, carried out in the UK and the US, have pointed to E coli being a strong suspect in bowel cancer. The bug-cancer link was related to a version that sticks well to the inside of the lower bowel, or colon, which contains genes that make a poison which causes the type of damage to DNA usually seen in cancer. Also Read - What is Tourette syndrome?

Have our fists evolved for combat? 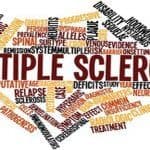 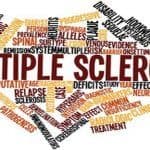