A bench of the Gujarat high court on Thursday directed the state government to protect identity of HIV patients and ensure their name is not made public by any medical authority.

A bench of the Gujarat high court on Thursday directed the state government to protect identity of HIV patients and ensure their name is not made public by any medical authority. Also Read - Ganesh Chaturthi 2020: 4 reasons an eco-friendly Ganesha is good for you

The bench comprising Chief Justice Bhaskar Bhattacharya and Justice JB Pardiwala was hearing a PIL case where in 2009 a woman was branded HIV positive at GG hospital in Jamnagar. Also Read - Don’t believe these myths associated with HIV

The incident caused severe outrage as local media showed footage of the woman with a ‘HIV patient’ tag on her forehead.

The court issued series of directions while disposing the PIL filed by Harshad Pabari, a local resident.

While instructing the government to take steps for rehabilitating HIV infected person in the society, the bench also asked the print and electronic media not disclose identity of such patients.

The government should also spread awareness and educate both, HIV patients and common man, to curb the incurable disease.

The court stated that such practice in government hospitals is violation of the human rights and secrecy of patient. Such practice is humiliating for patients.

Pabari’s lawyer Vijay Nagesh submitted that doctors, too, have to maintain secrecy and confidentiality of the patients as per the Medical Council of India (MCI) guidelines. Earlier, the hospital had formed a committee over the 2009 issue but later it got scrapped. Hence, an inquiry should be conducted to avoid such instances in the future and book erroneous people.

HIV/AIDS is a disease that affects the human immune system. AIDS is the final stage of Human Immunodeficiency Virus (HIV) infection. If an HIV positive person is left untreated, his/her condition deteriorates into full-blown AIDS where the immune system stops working. Thus the immune system is unable to protect the person from diseases or infections. The virus can be transmitted from an HIV positive person through the exchange of body fluids. This can happen through sexual contact, blood transfusion, needles or from a mother to child during pregnancy. Though there is no cure yet, antiretroviral treatment has proven to be very effective. (Read: Together we can end HIV/AIDS) 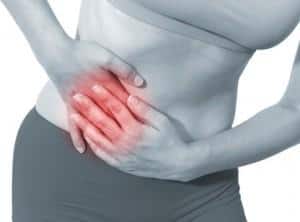