Gross medical negligence: 114 children given Hepatitis B vaccine instead of polio drops in West Bengal

In a case of gross of medical negligence, sixty-seven children were given the hepatitis B vaccine orally instead of anti-polio drops under the Pulse Polio Programme in West Bengal yesterday. The mista

In a case of gross of medical negligence, sixty-seven children were given the hepatitis B vaccine orally instead of anti-polio drops under the Pulse Polio Programme in West Bengal yesterday. The mistake was spotted by a 14-month-old boy’s father. He noticed that health workers were taking out medicine from vials marked Hepatitis B vaccine. The workers only noticed their mistake after 114 children were given the wrong vaccine. Also Read - Ganesh Chaturthi 2020: 4 reasons an eco-friendly Ganesha is good for you

Doctors told parents that the Hepatitis B vaccine was an injected vaccine and would have no effect when administered orally but the angry parents weren’t placated, locking up the district health officials in the school premises until the police reached there.  The pulse polio campaign is one of India’s largest health initiatives which is conducted on some Sundays all over the country and has played a large part in keeping the country polio-free since January 2011. Also Read - 7 reasons why the #BeefBan is good

No poriborton in healthcare Also Read - Poliovirus type 3 wiped out globally, announces WHO

When Mamata Banerjee had come to power riding on the promise of poriborton (change) from the decades of mismanagement of the CPM she had promised to drastically improve the healthcare scenario of the state. The TMC election manifesto had promised significant healthcare service improvements and promised to revamp primary health centres, district hospitals, sub-divisional hospital and super-speciality apex hospitals. The number of infant deaths isn’t actually that much higher than previous years. In 2011, 109 babies died at Malda Medical College and Hospital, and 48 at BC Roy in 2011 but the government seems to have done nothing except creating a task-force. The same situation occurred recently at Dr BC Roy Children’s hospital where almost 50 children died in the last fortnight. 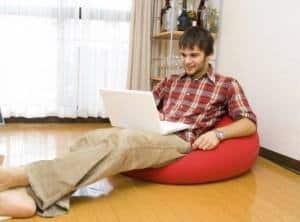 Are you an internet addict?