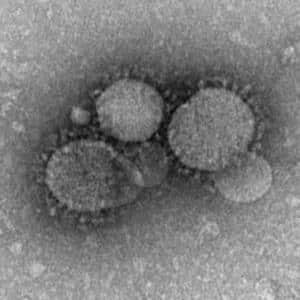 Our inept government is again in the dock for not being up to speed with recent developments. With Saudi Arabia and other Gulf countries witnessing an outbreak of a new SARS-like virus called MERS (Middle East Respiratory Syndrome) Coronavirus, India hasn't taken any precautions to screen passengers arriving from the aforementioned countries.

With more cases being reported every single day, the WHO has declared the virus 'a threat to the entire world'. With little knowledge about the virus in India and no healthcare precautions to deal with yet, airline crew are a worried lot. The crew are also angry at their airlines; reports suggest while many Air India air-hostesses travelling to the Gulf have taken ill the airline hasn't taken any steps to conduct thorough medical checks on them.

The MERS virus is a variant of the H7N9 and has a similarity to SARS. The symptoms are similar to bird flu symptoms like nose, throat infections and fever. Those who've shown these symptoms should be tested and if positive then they should quarantined.

Over a thousand passengers arrive in Mumbai from the Gulf States every day and Air India alone flies 600 passengers from Jeddah and Riyadh every day. 'Most of the poor subsidised pilgrims fly Air India as it is the official carrier,' said an airline official who did not want to be named. 'Since they are travelling on a subsidy their camps are not very hygienic. Air India crew, thus, are at the highest risk. But neither the airline nor the government has taken any steps to address this issue.'

'The crew are advised to maintain hygiene and cover their mouths and noses while ensuring that they consume only clean water and cooked meat,' said an AICCA office bearer. 'What kind of advisory is this? It strangely does not even talk about the precautions to be adopted on board the aircraft, where crew members end up mingling with passengers who might have contracted the virus.'

Further, airlines have asked crew members to 'keep an eye out for passengers who might be suffering from MERS.' 'How we are expected to do this, nobody knows,' said the AICCA official. 'What the airlines should do instead is to screen passengers thoroughly before they board aircrafts.' 'There is a scare of the virus,' said a Saudi Airlines official. 'We have a lot of bookings to Mumbai. But there is no active screening happening yet. The World Health Organisation sounded a general alert. But there has been no official word from the WHO on the need for 'active' surveillance.'

What is the MERS virus?

MERS is caused by a respiratory virus which is caused by a previously unseen variant of the coronavirus and was first detected in Saudi Arabia last year. It's very similar to a strain of coronavirus found in bats and it's not the same as the SARS virus that circulated in 2003.

After much debate, the WHO conceded that the MERS virus could be transmitted form one human to another. The novel coronavirus also demonstrated a SARS-like ability to spread from one person to another through close personal contact. Transmission can occur through droplets produced by an infected person when they sneeze or cough. They can spread through the air or when a person touches a surface contaminated with the droplets. Unprotected healthcare workers were particularly vulnerable during the 2002-03 epidemic. It's believed that the coronavirus has most likely spread to humans from another animal most probably bats though the virus hasn't been isolated on any particular animal species yet.

While the virus doesn't seem to pose any particular threat to the public as of now, healthcare professionals are watching all the developments closely. Most European and American healthcare facilities have the facilities to perform a test for the new coronavirus but the problem is figuring out who to test. An even bigger problem is the virus spreads in nations with limited healthcare facilities and huge populations like India, China or even South Africa. That could really trigger a pandemic of epic proportions and ramifications.