Government to launch special facilities for care of HIV patients

Anita Devi, 45, was admitted with intestinal problems in a government hospital in Patna on Sep 4. But tests soon revealed she was HIV positive. At that point, the doctor responsible for her care tore

Tags: In the news  NACO

Anita Devi, 45, was admitted with intestinal problems in a government hospital in Patna on Sep 4. But tests soon revealed she was HIV positive. At that point, the doctor responsible for her care tore up the prescription and asked her to leave. Similar was the story of a 40-year-old man in Andhra Pradesh who was also refused treatment by a private hospital in Warangal for being HIV positive. Also Read - Ganesh Chaturthi 2020: 4 reasons an eco-friendly Ganesha is good for you

Instead of being cases in exception, experts said, such incidents seem to have become the norm. It is to address the discrimination that the Indian government, along with NGO HIV/AIDS alliance, has launched a special project to provide a care and support structure for the 2.4 million PLHIV (people living with HIV/AIDS) in the country. India has the third largest number of people living with HIV/AIDS after South Africa and Nigeria. The project ‘Vihaan’ (meaning ‘the first light of dawn’ in Sanskrit) seeks to ensure that PLHIV and high-risk groups like men who have sex with men, transgenders, female sex workers and injecting drug users are followed up on health parameters regularly. Also Read - 7 reasons why the #BeefBan is good

‘The overall goal of ‘Vihaan’ is to improve the survival and quality of life of PLHIV,’ James Robertson, Executive Director India, HIV/AIDS Alliance, told IANS. The project, which was launched in April, was formally rolled out in August. Robertson said care and support had been recognized globally as a critical element for a comprehensive HIV/AIDS response. Also Read - Weight loss diet: How to eat healthy in a restaurant when you want to lose weight

‘Lack of care and support structure creates a gap in the system leading to many people dropping out after being detected HIV positive. It is crucial that care and support centres remain equitable, quality bound, efficient, effective, accessible, and available,’ he said. The NGO has been entrusted with the task of providing care and support to around 1.2 million people living with HIV in the initial stages. If successful, it will be expanded to cover the rest.

India provides free HIV/AIDS treatment through the National AIDS Control Organisation (NACO) – under the union health ministry – an apex body that formulates policy and implements programmes to prevent and control HIV/AIDS in the country.

The total cost of the programme is USD 33.7 million and is funded by The Global Fund To Fight AIDS, Tuberculosis and Malaria – an international financing institution that provides funding to countries to support programmes that prevent, treat and care for people with HIV and AIDS, tuberculosis and malaria.

Robertson said the project’s specific objective is to arrange early linkages for the people with HIV to care, support and treatment services, especially for widows, single women, children and members of high-risk groups (HRGs). Also, to ensure that the people with HIV are covered under various social welfare schemes.

The target is also to create awareness and to make them more educated about nutrition, healthy lifestyles, and given psycho-social support. In addition, one-on-one counselling and support group meetings will be organised. The project also aims to train service providers and provide them with periodic feedback on service quality, particularly to ensure effective services, Robertson said. NACO’s A.K. Gupta said the project would also focus on reducing the stigma and discrimination against people infected with the dreaded disease. He said the project will cover a wide network of people across the country. It was under the National AIDS Control Programme (NACP) – III (2007-12) when it was realised that there are unmet care and support needs for HIV positive people.

Health ministry officials said that though the access to clinical services has improved significantly during the past few years, it was found that not all infected individuals receive comprehensive and holistic care and support especially that addresses psycho-social needs. Children (under five years) account for seven percent of all infections, while 86 percent are in the age group of 15-49 years. Of all HIV infections, 39 percent are among women. The adult HIV prevalence at national level stood at 0.27 percent in 2011.

There are too many myths attached to HIV. Here are some common myths about the disease:

The disease can only be transmitted through body fluids like blood, semen or breast milk. HIV cannot be spread through saliva, sweat or by touching. The virus finds it hard to survive when it isn’t living in bodily fluids.

There’s no way you can get HIV from a mosquito. Technically, even if a mosquito which has bit an HIV positive person were to bite you there’s no chance of the virus being transmitted because mosquitoes don’t inject any blood into your system.

No. Symptoms vary from person to person. In most cases, after contracting the virus people experience some flu-like symptoms which then disappear. The condition can lay dormant for years without people realising they have the disease.

HIV only progresses to AIDS if left untreated. Antiretroviral treatments can stop the various AIDS-like conditions from manifesting for years.

Myth 5: The only people who get HIV are homosexuals, sex workers and intravenous drug users. I don’t need to worry.

There’s a common misconception that unless one falls in the above group they can’t get HIV. It was particularly bolstered because the aforementioned groups are high-risk groups who are more exposed to the virus. The fact remains that anyone can get HIV. For example, a normal person can get it from a faulty blood transfusion procedure and everyone needs to remain vigilant.

Sometimes the medical treatment can be extremely agonising for patients because the drugs are quite strong. But stopping the procedure will again make the person vulnerable to the virus which can then allow opportunistic infections to attack the body. It’s vital not to stop the medication procedure.

Myth 7: One can’t get HIV from oral sex

HIV knows no class. Anyone can fall prey to the condition. Participating in risky sexual behaviour like unprotected sex with strangers, unhygienic use of syringes and needled and transmission from an HIV positive mother to child are all possible scenarios.

The viral strains can also spread through unsafe and unhygienic usage of needles. This can occur in hospitals, tattoo parlours and in individuals taking intravenous drugs. Also, breast milk from an HIV infected mother can cause HIV in the new born, if breast fed unknowingly. Very rarely, HIV can also spread through deep kissing if either of the persons are HIV+ and have bleeding gums.

Myth 10: The baby of a HIV+ pregnant mother will also have the infection.

There are less than two per cent chances of the baby being infected with HIV. If the condition of the mother is previously known, ART can prevent the unborn baby from being infected. Whether an HIV mother can or cannot breastfeed is still in a grey research area. One research in South Africa found that babies who were breastfed by their HIV positive mothers showed a lesser likelihood of mother-to-child transmission HIV than the ones who were breastfed and also given additional solids. Others state that HIV positive mothers shouldn’t breastfeed. For the record, the WHO endorses breastfeeding among HIV positive women who are undergoing antiretroviral treatment.

Cheers - alcohol does not cause depression! 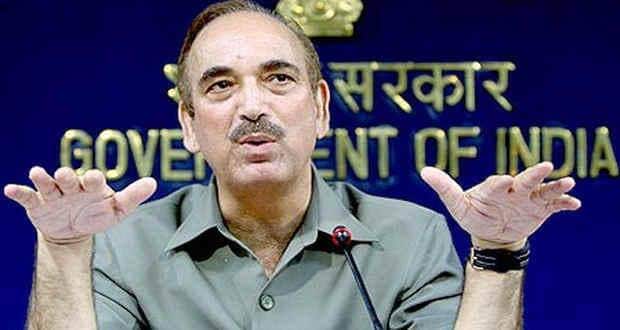 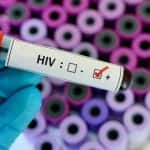