Good bugs in your lower intestine help keep diabetes away!

Did you know that good bugs in your lower intestine not only ensure good health but also helps ward of diseases like diabetes? These bugs not only help us digest but also provide us with energy and v

Did you know that good bugs in your lower intestine not only ensure good health but also helps ward of diseases like diabetes? These bugs not only help us digest but also provide us with energy and vitamins and helps ward of bad bugs like Salmonella that causes infections. Also Read - Researchers develop insulin-producing cells for diabetes

The staggering number of good bugs in our lower intestine not only ensure good health but may also help ward off diabetes, researchers say. These bugs help us digest our food and provide us with energy and vitamins and help ward off the ‘bad guys’ such as Salmonella that cause infections. Research groups led by Jayne Danska, from the Sick Children’s Hospital, University of Toronto and Andrew Macpherson in the Clinic for Visceral Surgery and Medicine, University of Bern have now shown that the influence of the intestinal bacteria extends even deeper inside the body to influence the likelihood of getting diabetes. Also Read - Eating high-calorie food in stress can lead to significant weight gain: Study

‘We hope that our new understanding of how intestinal bacteria may protect susceptible children from developing diabetes will allow us to start to develop new treatments to stop children getting the disease,’ says Macpherson, according to a Toronto statement. Also Read - Health benefits of apple cider vinegar

In children and young people, diabetes is caused by the immune cells of the body damaging the special cells in the pancreas that produce the hormone insulin. By chance, 30 years ago, before the development of genetic engineering techniques, Japanese investigators noticed that a strain of NOD lab mice tended to get diabetes. These mice (also by chance) have many of the same genes that make some humans susceptible to the disease. With the help of the special facilities of the University of Bern and in Canada, these teams have been able to show that the intestinal bacteria, especially in male mice, can produce biochemicals and hormones that stop diabetes developing. Even the biochemical reactions that build up and maintain our bodies come from our intestinal bacteria as well as our own cells. 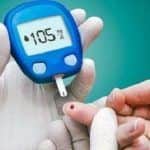