The Goa Human Rights Commission has issued notice to the state's only medical college and hospital after local newspapers reported a water shortage at the facility.

The Goa Human Rights Commission has issued notice to the state’s only medical college and hospital after local newspapers reported a water shortage at the facility. Also Read - Ganesh Chaturthi 2020: 4 reasons an eco-friendly Ganesha is good for you

The suo moto notice was issued Friday after the Commission perused through coverage in four local dailies about the water crisis in the Goa Medical College and Hospital at Bambolim, a suburb of the capital Panaji. Also Read - Roosters offered to God in Goa hospital, minister promises crackdown

The hospital’s dean, public works department chief engineer, health secretary and the chief secretary have been asked to explain within a month the reasons for water shortage at the premier hospital.

Over the last few weeks, the Goa Medical College has been under spotlight for a variety of reasons, from falling roofs, to medical negligence cases, ragging and now an acute water shortage which, according to media reports, is causing a lot of hardship to patients and their kin. 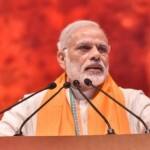