The Intellectual Property Appellate Board (IPAB) has done it again – revoked a patent belonging to a pharmaceuticals multinational.  Barely four months after revoking Bayer-Natco’s patent on canc

The Intellectual Property Appellate Board (IPAB) has done it again – revoked a patent belonging to a pharmaceuticals multinational.
Barely four months after revoking Bayer-Natco’s patent on cancer drug Nexavar, IPAB, the patent appeals agency under the commerce ministry, has cancelled the patent granted to the British drug major GlaxoSmithKline Pharma (GSK) for its breast cancer drug  Tykerb, the salt form of Lapatinib compound that is sold in the country. Also Read - Ganesh Chaturthi 2020: 4 reasons an eco-friendly Ganesha is good for you

IPAB, however, upheld GSK’s patent for lapatinib compound which is the active ingredient in Tykerb, citing innovative merit. The ruling was delivered on July 27 by Justice Prabha Sridevan, chairperson of the Chennai bench of IPAB. In April, the Supreme Court (SC) had set a precedent by rejecting a patent for Novartis’s cancer drug Glivec. The apex court had held that Glivec was an amended version of a known molecule called imatinib. A GSK spokesperson said the company was pleased that IPAB upheld its basic patent for the Lapatinib compound which is valid till January 2019. Also Read - 7 reasons why the #BeefBan is good

‘We are, however, disappointed that IPAB has revoked our later expiring patent for the lapatinib ditosylate salt. This ruling only relates to the lapatinib ditosylate salt patent in India and does not affect our basic patent for Tykerb or corresponding patents in other countries,’ the spokesperson said in an email statement.  ‘We will consider the possibility of taking further steps before the appropriate authorities to validate this.’ Also Read - Sale of online medicines banned by Madras high court

Tykerb has provided significant benefit to women with HER-2 positive breast cancer in India over the four years it has been available.

As part of its easy drug access strategy, GSK has been offering Tykerb at discounted prices. A strip of 10 Tykerb tablets costs about Rs 4,160 and a patient is expected to take five tablets a day for 21 days if the cancer is in an advanced stage. Industry experts said intellectual property protection is important to ensure that innovation is encouraged and aptly rewarded, and research-based pharmaceutical companies continue to invest in developing new medicines. Surajit Pal, pharma analyst, Prabhudas Lilladher, said, ‘It will be another blow to Indian MNCs looking to introduce global brands or global patented drugs. Companies might rethink their strategies for the Indian market.’

Some analysts said pharma MNCs like GSK test the waters by having differential pricing for patented drugs in emerging markets and are not always driven by profit motive.  Moreover, patented drugs are niche products that generate high margins but low revenue. So, IPAB’s latest decision may reinforce a view that drugs patentable in global markets are not patentable in India; but, from the end-user’s viewpoint, it could prove positive, analysts said. For, Indian companies tend to offer generic versions of patented drugs at one-tenth of the price charged by the inventor. ‘Companies like GSK may think twice now before introducing patented drugs in India,’ said an analyst. 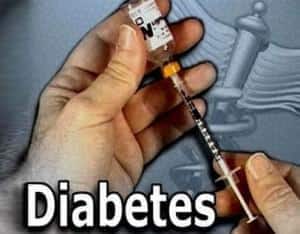 Diabetes! You got to be kidding