The health minister hailed the indigenous vaccine and said it was an outstanding example of public private partnership in healthcare and feather in our cap as we set to emerge as a national with an innovative and self-sufficient technology hub. Also Read - 7 reasons why the #BeefBan is good

Speaking at the occasion, the Health Minister termed the Acute Encephalitis Syndrome (AES) as a serious public health challenge for India. Of the more than 100 viruses and other agents that can cause this syndrome, about a dozen odd are reported from India. Beginning with first report in 1955 from Vellore in Tamil Nadu JE virus has spread to over 171 districts in 19 states. Also Read - Japanese Encephalitis: Assam keeps on hold leaves of doctors, paramedics

The Health Minister stated that so far a vaccine imported from China was being used. But its availability was an issue for comprehensive and quick augmentation of the national programme, he stated. The launch of JENVAC, manufactured by Bharat Biotech is a welcome much needed and historic occasion, he mentioned. He said that it is not only the first fully indigenous vaccine, but it is also based on an Indian strain. Therefore, it is expected to improve the efficacy besides availability and affordability.

The Health Minister said that the public health need for this vaccine is immense since the birth cohort in the affected 171 districts is about 40 lakh annually, which means that we would eventually need about 1 crore doses of the vaccine for comprehensive coverage.

The development of this vaccine was part of multi-pronged strategy to prevent JE and AES and got an outlay of around Rs 4000 crore. Interventions will be focussed on five states – Assam, Bihar, Tamil Nadu, Uttar Pradesh and West Bengal.

The main work to develop the vaccine started in 2008 and the final vaccine was approved by the DCGi in September 2013. 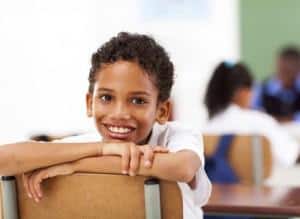