Get a mini workout just watching others exercise! 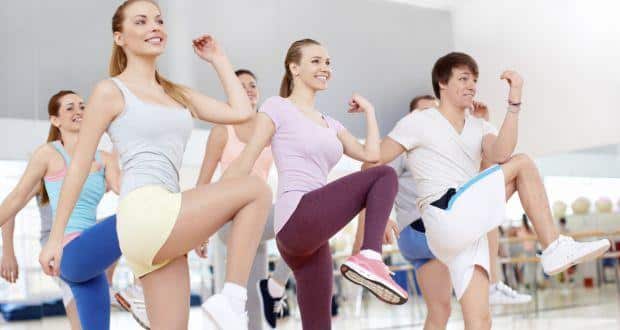 Too lazy to work out? Just watch others at the gym!

Viewing other people exercise actually increases your heart rate and other physiological measures, just as if you were working out yourself, a new study has found.

Researchers from the University of Western Sydney said that watching sports can benefit health by increasing heart rate, respiration and skin blood flow.

The study found when people watch a 'first person' video of someone else running, heart rate, respiration and skin blood flow all increased, returning to normal at the conclusion of the 'run'.

Importantly, for the first time, the researchers have shown that muscle sympathetic nerve activity increases when we watch physical activity.

'Recording this nerve activity provides a very sensitive measure of the body's physiological responses to physical or mental stress,' said Vaughan Macefield, Professor of Integrative Physiology in the School of Medicine at UWS.

'We know that the sympathetic nervous system - which supplies the heart, sweat glands and blood vessels, as well as other tissues - increases its activity during actual exercise, and now we have shown that it increases when you are watching a moving scene as if you were running yourself,' Macefield said.

During the study, very fine needles were inserted into an outer nerve of volunteers to record the electrical signals of nerve fibres directed to blood vessels, providing a very sensitive measure of the body's physiological responses to physical or mental stress.

The participants were initially shown a static image on a computer screen while the researchers monitored their muscle sympathetic nerve activity and other physiological parameters.

These measurements remained constant while viewing the static image of the landscape, but it's what happened when they were shown a 22-minute video shot by a runner on a vigorous jog that really made the researchers sit up and take notice. (Read: Workout with a friend, reach your fitness goals faster!)

'Although these changes were small, they were all appropriate physiological responses to exercise,' said Rachael Brown, who conducted the study with Macefield and UWS medical student Ursula Kemp.

'As the volunteers were sitting relaxed with no muscle activity it indicates that the responses were psychogenic - that is they originated from the mind and not the body,' Brown said.

While this study has shown that your body will get a small workout from simply watching others exercise, don't give up your gym membership just yet, researchers suggest.

'While watching other people exercise may increase your heart rate and have other physiological effects, nothing can replace the health benefits of getting off the couch,' said Macefield.

The study was published in the journal Frontiers in Autonomic Neuroscience.