Home / Health News / Germs are good: Living in a clean environment makes you susceptible to Alzheimer’s!

Germs are good: Living in a clean environment makes you susceptible to Alzheimer’s!

An obsession with cleanliness and hygiene could lead to a higher risk of developing Alzheimer's disease, Cambridge scientists have warned. People living in industrialised countries may be more likely

An obsession with cleanliness and hygiene could lead to a higher risk of developing Alzheimer’s disease, Cambridge scientists have warned. People living in industrialised countries may be more likely to develop Alzheimer’s due to greatly reduced contact with bacteria, viruses and other microorganisms – which can lead to problems with immune development and increased risk of dementia, a new study claims. The research found a ‘very significant’ relationship between a nation`s wealth and hygiene and the Alzheimer’s ‘burden’ on its population. Also Read - BMC's Helpline Receives Maximum Calls From Men Related To Job Security, Mental Health

This latest study adds further weight to the ‘hygiene hypothesis’ in relation to Alzheimer’s: that sanitised environments in developed nations result in far less exposure to a diverse range of bacteria, viruses and other microorganisms – which might actually cause the immune system to develop poorly, exposing the brain to the inflammation associated with Alzheimer’s disease, researchers said. Also Read - BTS renews “Love Myself” campaign with UNICEF to end violence and promote self-esteem

Researchers tested whether ‘pathogen prevalence’ can explain the levels of variation in Alzheimer’srates across 192 countries. After adjusting for differences in population age structures, the study found that countries with higher levels of sanitation had higher rates of Alzheimer`s.

Do we need germs to survive?

The concept that too clean an environment is bad for you is quite old. It’s based on a theory called the hygiene hypothesis which claims that lack of exposure to germs during early childhood increases susceptibility to allergies by suppressing the natural development of the immune system. The rise of autoimmune diseases and acute lymphoblastic leukaemia in young people in various developed nations lends some credence to this theory.

Researchers of Brigham and Women’s Hospital (BWH) had found evidence to back up the hygiene hypothesis. They studied the immune system of ‘germ-free mice’ and compared them to mice living in a normal environment with microbes. They found that ‘germ-free mice’ had exaggerated inflammation of the lungs and colon resembling asthma and colitis, respectively, caused by the hyperactivity of a unique class of T cells (immune cells).

These immune cells had been previously linked to these disorders in both mice and humans, said a university statement.

Evidence is growing that dirt and germs protect against disease — and that our indoor-based, ultra-clean lifestyles are bad for our health. It is said that without exposure to dirt and germs early in life, the immune system doesn’t learn how to control its reaction to everyday invaders such as dust and pollen. This can lead to it misfiring later in life, leading to allergies and other illnesses. Taking course after course of antibiotics may exacerbate the problem. The latest evidence comes from Harvard Medical School researchers who studied germ-free mice, bred in a bubble and kept in sterile cages and fed sterile food.

The lungs and bowels of the germ-free mice contained extra-large numbers of a type of immune cell blamed for asthma and bowel problems. And when they developed asthma or bowel condition colitis, it was much more severe than usual. Researchers looked at what happened when the rodents were taken out of their sterile environment and put in bug-ridden cages with normal mice. The mice that were moved as adults did not become any less susceptible to disease. But the germ-free creatures moved and exposed to dirt and bugs in the first weeks of life became no sicker than those reared normally, the journal Science reports. 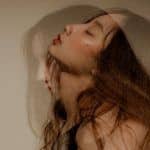