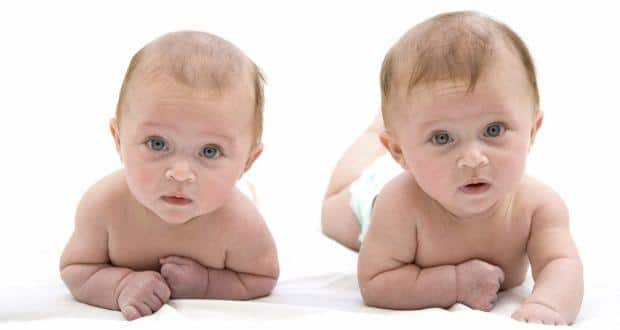 So far there have been only theoretical considerations against the experimental finding and dogma that monozygotic twins are genetically fully identical.

Forensic laboratories around the world had accepted these analytical restrictions, but a multidisciplinary Eurofins team in the Eurofins flagship Genomics laboratory in Ebersberg, Germany, wanted to push these limits of DNA testing. They used the unique combination of leading forensics and genomics labs available at Eurofins to reach this milestone. (Read: Bizarre: UP woman gives birth to twins on a train again!)

The Eurofins scientists applied Eurofins'' ultra-deep next generation sequencing and associated bioinformatics techniques. They sequenced DNA from sperm samples of two twins and from a blood sample of the child of one twin.

Bioinformatics analysis revealed five mutations, so called Single Nucleotide Polymorphisms (SNPs) present in the twin father and the child, but not in the twin uncle. The SNPs were confirmed by classical Sanger sequencing.

The results give experimental evidence for the hypothesis that rare mutations will occur early after or before the human blastocyst has split into two, the origin of twins, and that such mutations will be carried on into somatic tissue and the germ line.

The genetic differences found and the method used provide a solution to solve forensic and paternity cases involving monozygotic twins as originator of DNA traces in crime, or as alleged fathers. Eurofins is the first to offer such a test.

Tikki To Halwa: Nutritious Dishes One Can Cook During Navratri

Cardiovascular Deaths In India: Can You Control Cardio-Metabolic Diseases Through Health Technology Tools?

Cancer Treatment: Can I Have Chemotherapy During Pregnancy? Experts Debunks Common Questions

Skincare Tips During Periods: Try These Amazing DIY Products For A Clear Skin During Your Cycle, Watch Video