Free medicines donated by the UN health programme have been sold to hospitals in Pakistan's northern province of Gilgit-Baltistan and Rs.29 million embezelled by a private firm. Officials from the

Free medicines donated by the UN health programme have been sold to hospitals in Pakistan’s northern province of Gilgit-Baltistan and Rs.29 million embezelled by a private firm. Also Read - Ganesh Chaturthi 2020: 4 reasons an eco-friendly Ganesha is good for you

Officials from the Federal Investigation Authority (FIA) told Dawn that Germany-based non-governmental organisation KFW had granted Rs.29 million to the Pakistan government for the purchase of life-saving drugs. Also Read - 7 reasons why the #BeefBan is good

The contract for the supply of drugs was awarded to a private firm by the name of Qazi Enterprises Gilgit, the daily said. Also Read - International Day of Families 2019: 6 health benefits of spending time together

However, the firm, instead of purchasing the medicines using the funds provided by the NGO, allegedly delivered medicines donated by the UN health programme to eight hospitals in Gilgit-Baltistan.

The daily said the firm embezzled the Rs.29 million with the alleged involvement of provincial health department officials.

An FIA team raided the district headquarters hospital in Gilgit and other hospitals July 26, and recovered all medicines which bore the stamp of the UN.

This proved that the medicines were indeed supplied by the UN and had not been purchased, the daily said.

The owners of the firm are absconding.

Notification of TB cases needs to be made strict: Experts 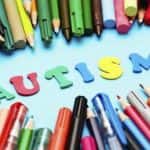