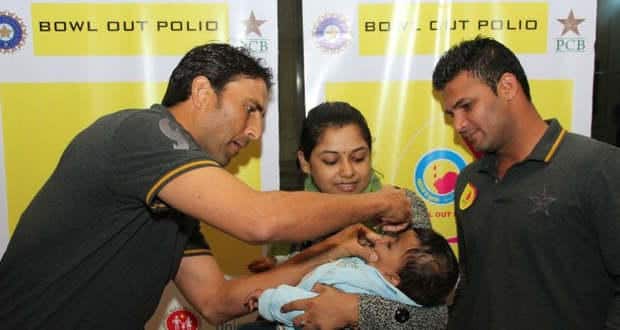 Three anti-polio vaccination workers, including two women, were killed while two injured when some some unidentified people riding motorbikes opened fire at a polio team in the port city of Karachi's Qayummabad area, Xinhua reported. No group immediately claimed responsibility for the attack.

The latest attack took place a day after Sindh provincial health authorities kicked off a four-day anti-polio drive to vaccinate some 7.6 million children as part of a nationwide campaign against the disease.

In another incident in northwest Khyber-Pakhtunkhwa province's Mansehra city, one man was killed when unidentified gunmen fired at a polio team. (Read: Pakistan hope to pick up polio fighting tips from neighbours India)

Following the attacks, the polio-eradication campaign was halted across the country as the nurses and other health workers refused to work in protest against the killing of their team mates in Karachi and Mansehra area.

Condemned attacks on the people engaged in the polio-eradication campaign, Rukhsana Anwar, spokeswoman of Pakistan National Programme Health Workers Association, urged the government to take immediate measures to ensure their safety and security.

She also announced that they were suspending the polio campaign across the country till government assures foolproof security to them.

Polio teams frequently come under attack by Taliban militants as they believe that the US is using the programme as a cover for espionage and the workers associated with the campaign are potential spies.

Why are polio activists killed in Pakistan?

What makes Pakistan's battle against polio really difficult is that Islamic extremists believe that polio vaccinations are against the Islamic way of life and may even be a ploy by western countries to sterilise Islamic men. Also, there is a belief that these UN backed polio workers might be undercover CIA agents and they have been regularly killed on this suspicion. (Read: Why are the polio vaccine volunteers being killed in Pakistan?)

Frequent Urination: Why Do You Always Feel Like You Have To Pee Even After Peeing?

Dehydration Can Damage Your Kidneys, Lead To Formation of Stones: 5 Tips To Stay Hydrated Throughout The Year